'Salty Dog 100' is seen here in one of VX-23's hangers at Pax River
The aircraft is used for weapons seperation tests, hence the unusual markings

Note the red camera pod just above the main undercarriage, used for recording the tests 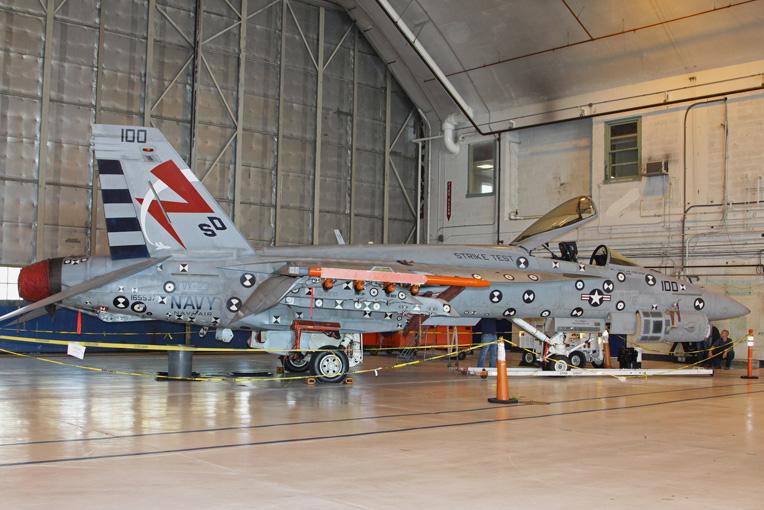 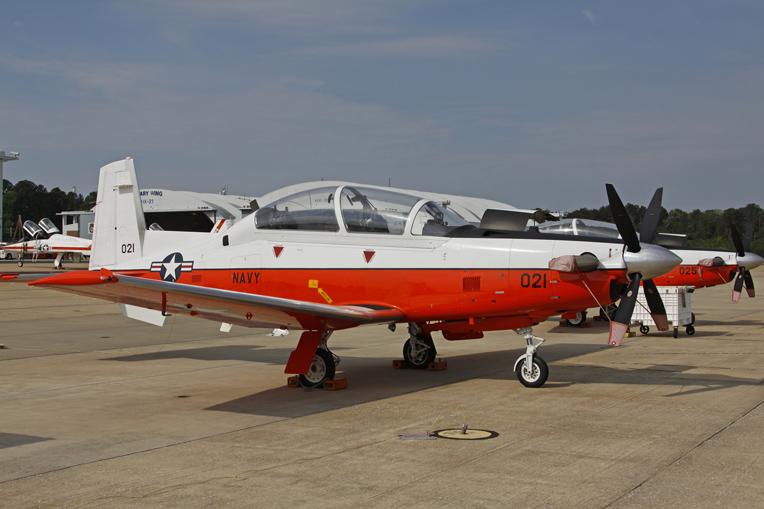 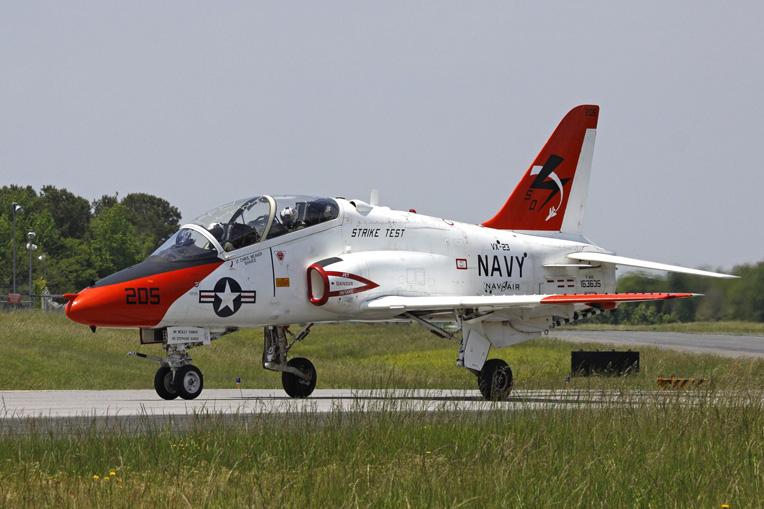 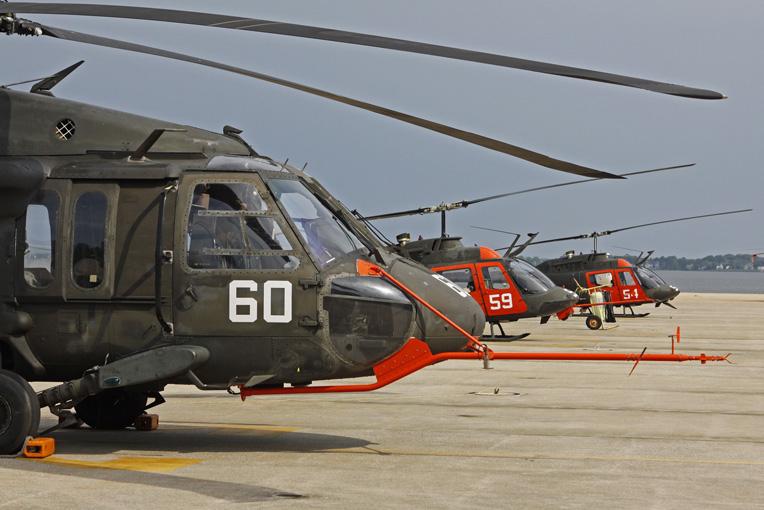 May 2013 and Jetwash Aviation Photos is in Naval Air Station Patuxent River, Maryland. Known simply as Pax River, it is the United States Navy's primary test & development centre. Security at Pax River is extremely high due to the experimental work carried out there, the majority of squadrons not tolerating photography anywhere near their ramps. Our escort for the day, Doug Abbotts informs us that we are in fact the only journalists to be taken on a photo tour of the base in 2013 and so we realise how priveleged we are to have the opportunity to spend a day with some of the Pax River 'inmates'. Due to the restrictions on photographic access at Pax we are only authorised to spend time with the US Navy Test Pilot School (NTPS) and Air Test & Evaluation Squadron 23 (VX-23). Good enough for us!

Having been greeted by Doug Abbotts, the Public Affairs Officer at Pax River, our first port of call is the US Naval Test Pilot School. The NTPS, part of Naval Air Systems Command (NAVAIR), is the Replacement Air Group for all of the US Navy's other test squadrons and flies a diverse variety of aircraft types. The U.S Naval Test Pilot School provides instruction to experienced pilots, flight officers and engineers in the processes and techniques of aircraft and systems test and evaluation. The school educates and trains military and civilians from all U.S military services, other U.S government agencies and also foreign nationals. 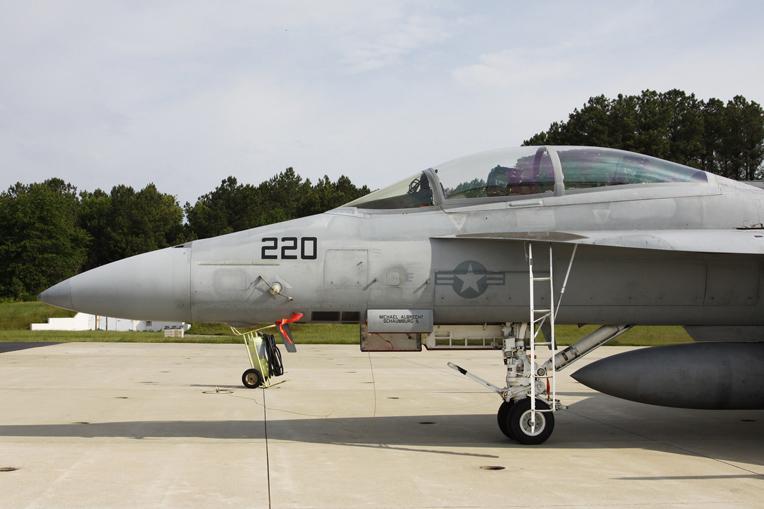 NAS Patuxent River
"Where The Future of Naval Aviation Begins"

improving existing conventional weapons for the war effort. The challenge grew as jet aircraft routinely eclipsed the speed of sound and airplane cannons were supplemented with guided missiles.

The U.S. Naval Test Pilot School (NTPS) was established at Pax River in 1958. The Weapons Systems Test Division was then established in 1960 through the consolidation of the Armament Test and Electronics Test divisions.

Hostilities in Southeast Asia in the 1960s brought a sense of urgency to the test programs at Pax River, particularly those dealing with ordnance. At the same time, a build up of fleet anti-submarine warfare squadrons (ASW) was taking place at Pax River. Patrol Squadrons VP-8, 24, 44, 49 and 56 formed Fleet Air Patuxent and later Fleet Air Wing Five. A detachment from VP-30 was formed at Pax River in 1962, relocating from NAS Jacksonville, Florida. Oceanographic Development Squadron Eight, then known as the Oceanographic Air Survey Unit, was home-ported here in 1965, and Fleet Air Reconnaissance Squadron Four was established here in 1968 from a Take Charge and Move Out (TACAMO) detachment left behind by Naval Air Transport Squadron One when that unit moved to Norfolk, Virginia. (Cont'd)

In the 1970s the ASW squadrons began leaving Pax River for NAS Brunswick and NAS Jacksonville, VP-30 being the last to go in 1975. Helping offset the squadron departures, Air Test and Evaluation Squadron One moved here from Key West in 1973 and the Naval Aviation Logistics Center was formed in 1977. A sweeping reorganisation took place in 1975, preparing the NATC for its role as the Naval Air Systems Command’s principal site for development testing. Under the plan, Flight Test, Service Test and Weapons Systems Test divisions were disestablished and new directorates were formed to evaluate aircraft by type and mission. The new NATC was comprised of Strike Aircraft, Anti-submarine Aircraft, Rotary Wing Aircraft and Systems Engineering test directorates. The U.S. Naval Test Pilot School remained intact.

In 1991 the Navy began consolidating its technical capabilities and NAWC streamlined its resources into two divisions: the Aircraft Division (NAWC-AD) located at Pax River and the Weapons Division (NAWC-WD) at China Lake, California. The stand up of the NAWC-AD at Pax River took place on 1st January 1992; thus beginning its role as the Navy’s research, development, test and evaluation, engineering and fleet support centre for air platforms. Every aircraft or helicopter type destined for Navy or Marine Corps service is assigned to the NAWC for full evaluation prior to production contracts being placed. 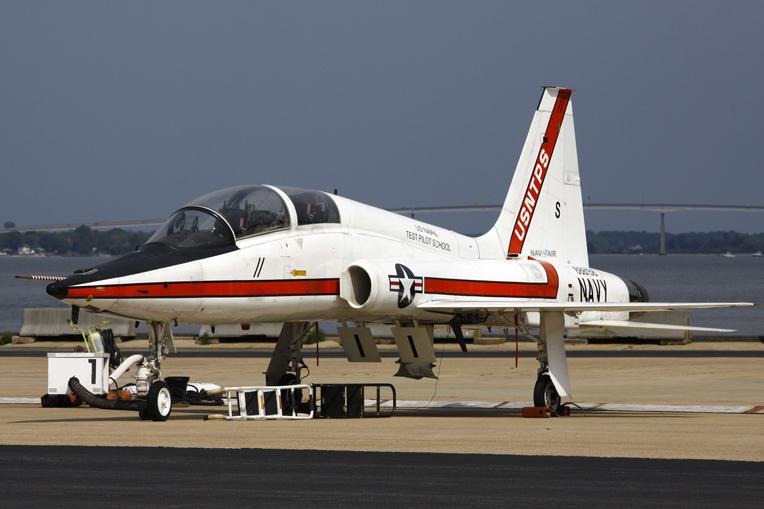 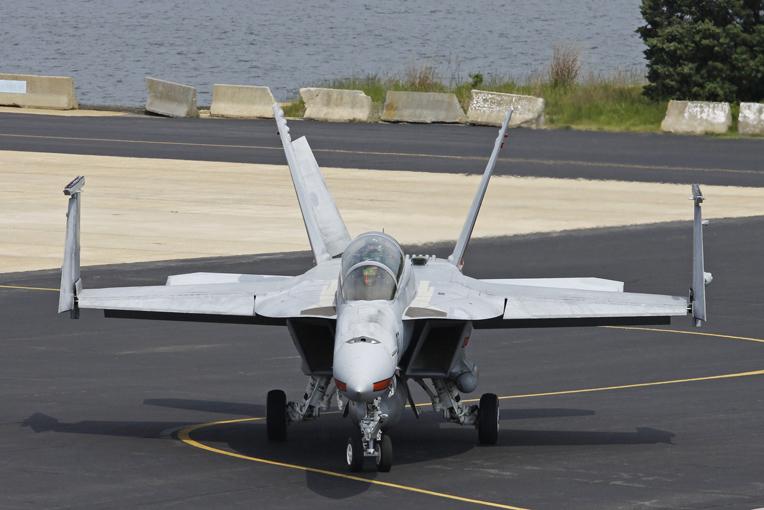 A great example of the diversity of aircraft with the NTPS is this De Havilland Canada U-6A Beaver
The aircraft is the oldest in the U.S Navy inventory 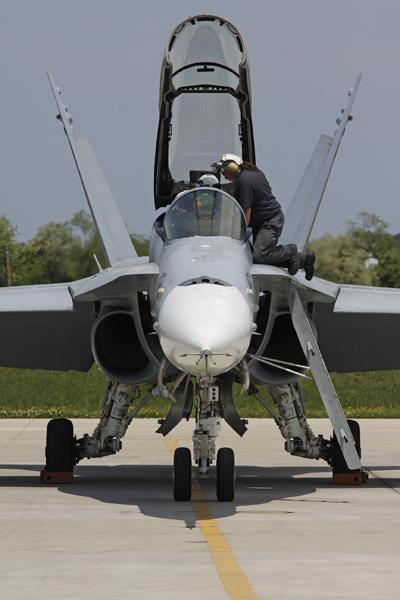 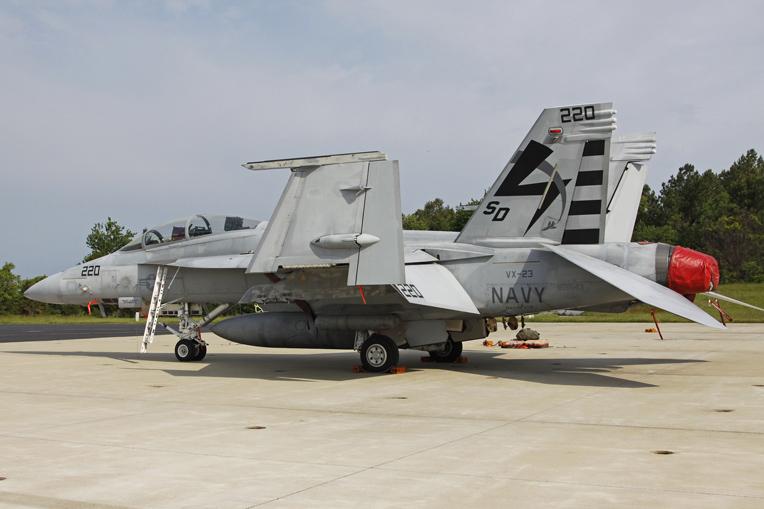 VX-23 operates both the 'Legacy' and 'Super' versions of the Boeing FA-18 Hornet
This FA-18D version is about to set off for an afternoon mission, hence the 'groundies' getting busy as the crew sit patiently in the cockpit 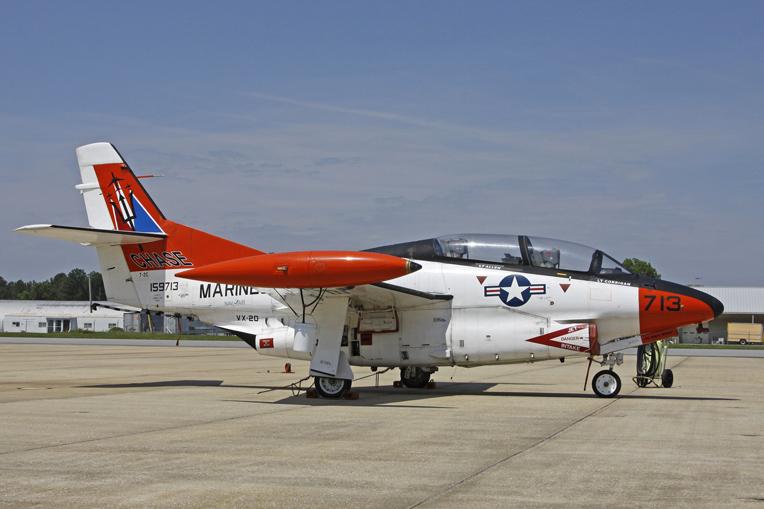 It is not only fixed-wing aircraft operated by the NTPS, as illustrated by this Bell OH-58C Kiowa 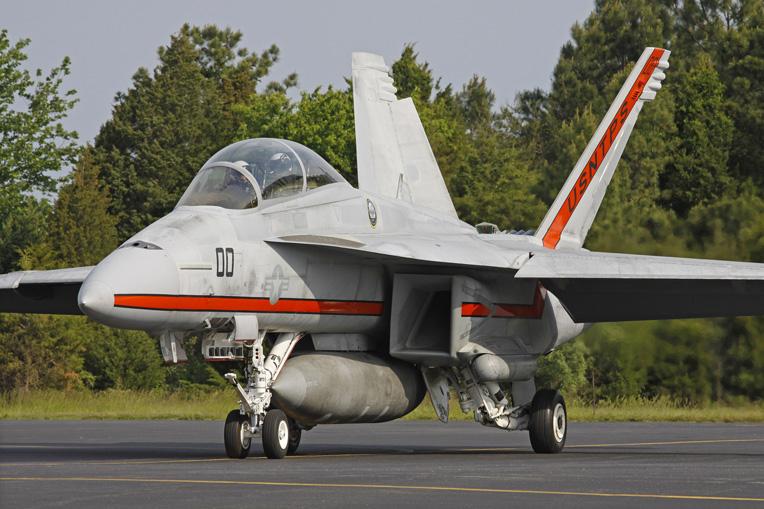 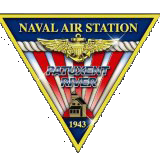 Five UH-72A Lakota helicopters are operated by the NTPS
Built by EADS North America, the Lakota is a military version of Eurocopter's EC.145 and wears the more familiar red/white scheme adopted by the NTPS 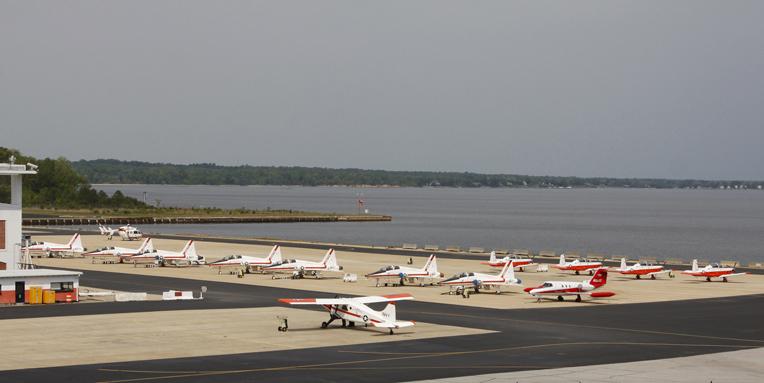 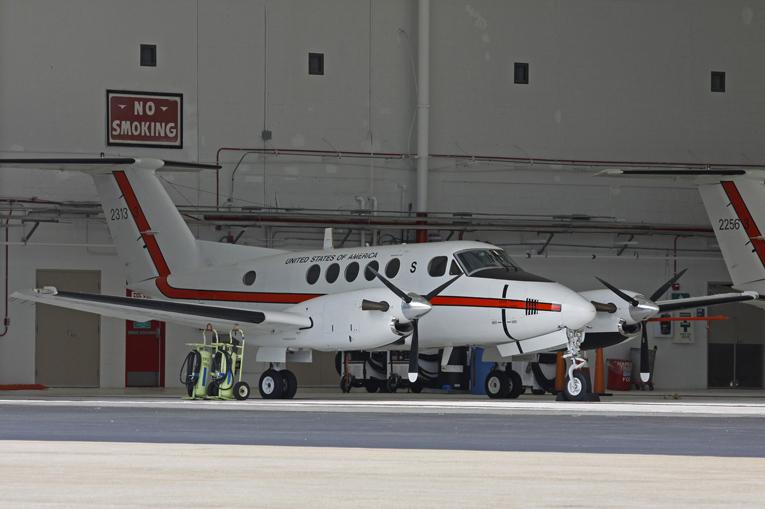 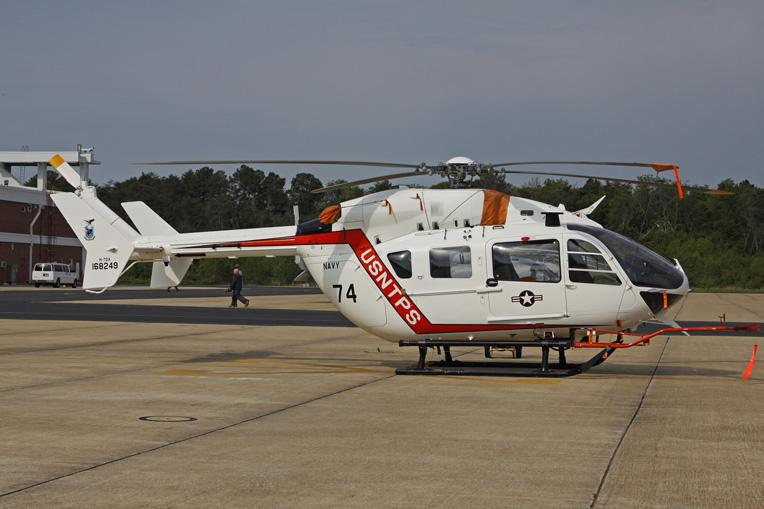 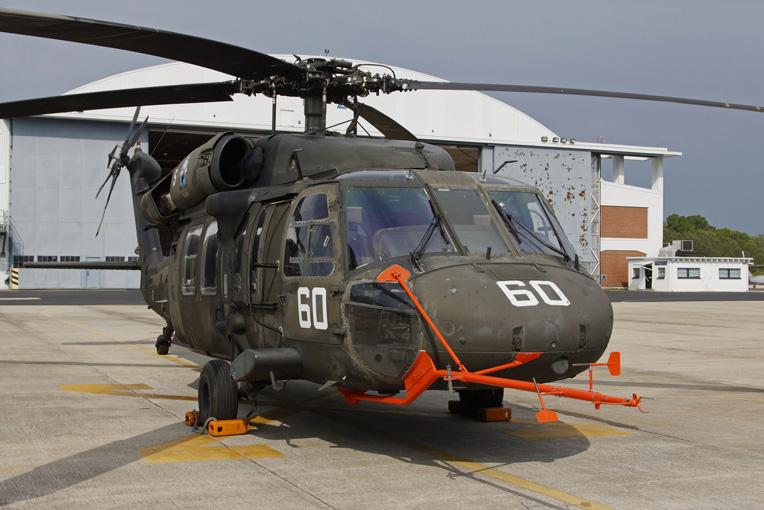 The aircraft flown by the NTPS is bewildering, ranging from unpowered gliders and airships, to state-of-the-art fast-jets such as the FA-18E/F Super Hornet, and just about everything in between that you could think of. As well as US military pilots the NTPS also accommodates international students within its curriculum, whilst also sending students to friendly countries on an exchange basis, thus allowing them to benefit from flying aircraft outside of the NTPS spectrum. Whilst with the NTPS the students will fly up to 15 different types of aircraft. Doug Abbotts explained to us that the reason for having such a diversity of aircraft is to provide every opportunity available to the budding test pilot. "We like to let them experience every form of flight, hence the reason for the X-26 gliders. It is important that in heir future role they are able to get into any airplane and fly it". 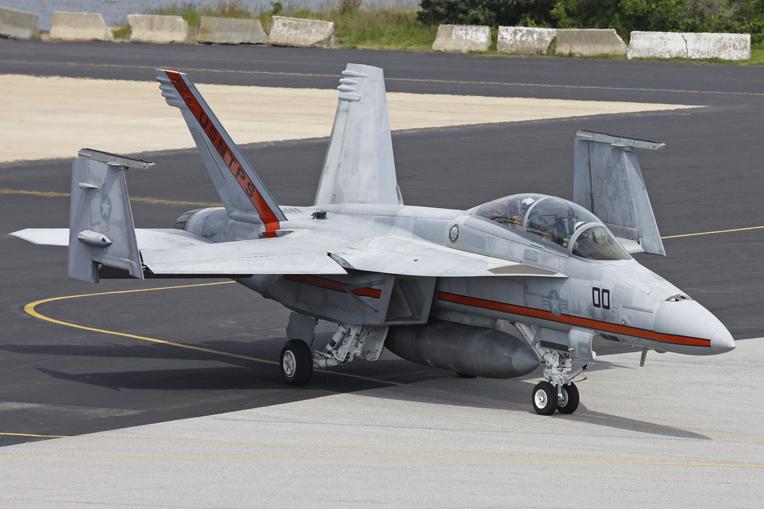 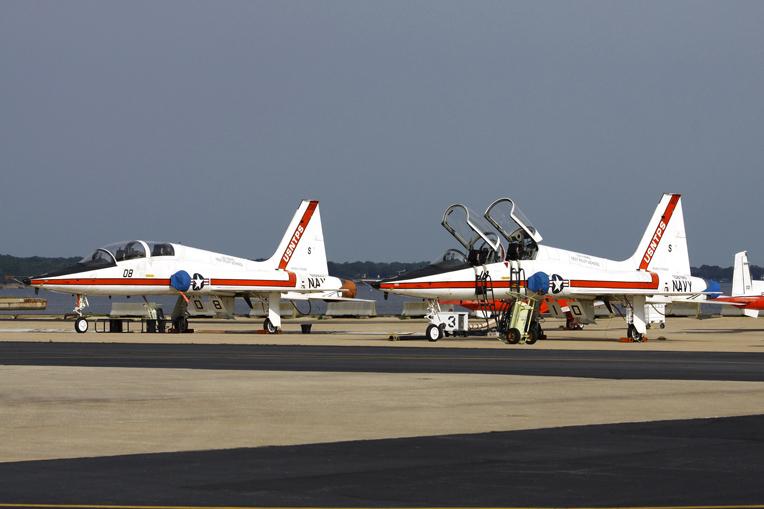 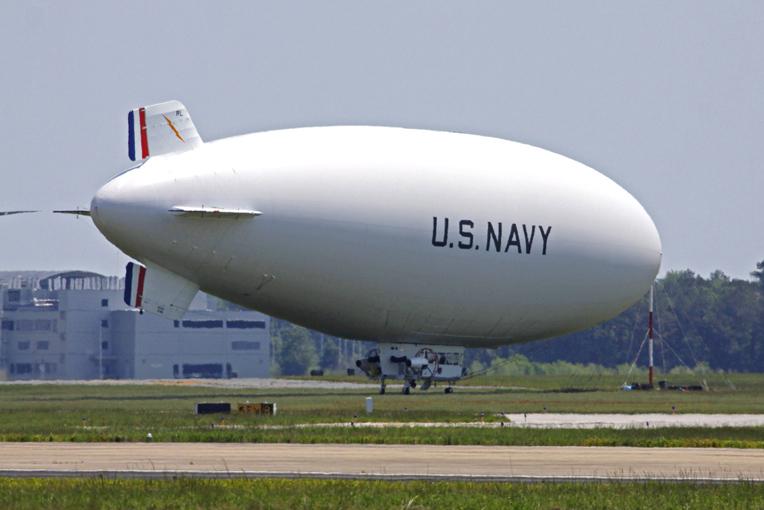 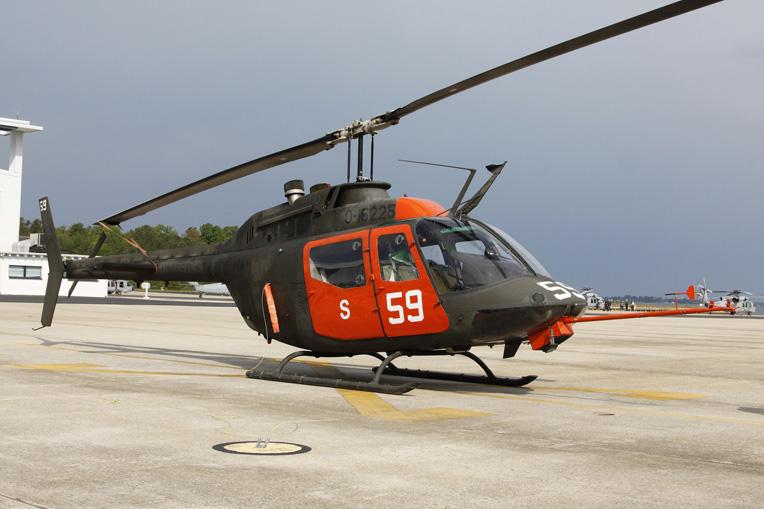 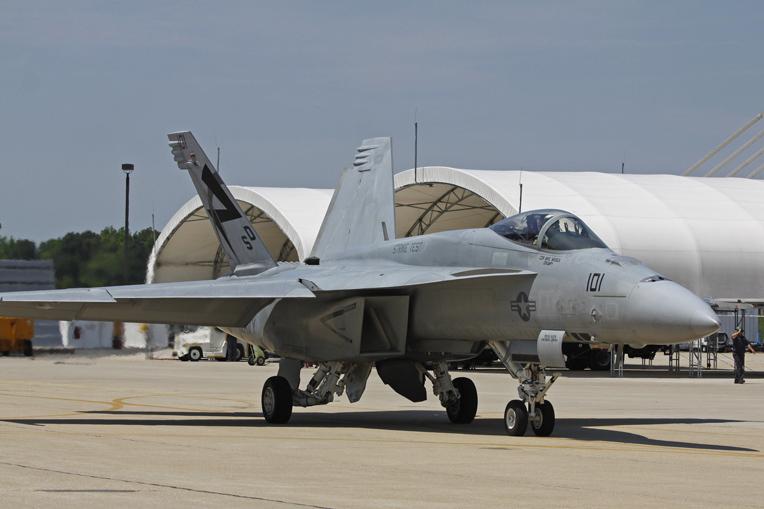 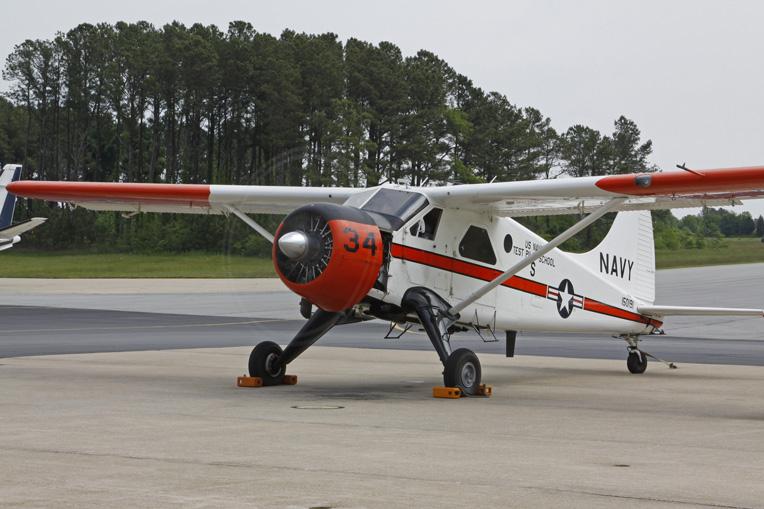 This 'Legacy' Hornet wears a non-standard nose cone with an extended pitot tube, which presumably is linked to some test equipment

The three Buckeyes with VX-20 are used as chase planes, clearly indicated by the titling on the tailfin

Operated since 2010 by Scientific Development Squadron One (VXS-1),  the sole American Blimp Corporation MZ-3A airship has recently returned from a deployment where it completed surveillance trials in Florida. The MZ-3A was configured with four C4ISR sensors that were utilised off the coast of Florida, testing equipment to counter drug smuggling in the area.

We would like to thank the following people for assisting us prior to and during our visit to NAS Patuxent River:-
Doug Abbotts (Patuxent River Public Affairs)
Richard M. Harris (NTPS Security Manager)
Lt. Courtney Hillson (CHINFO) 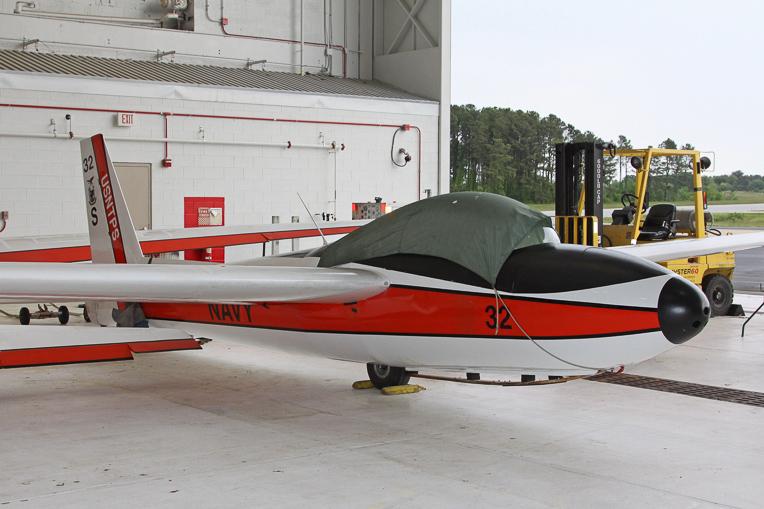 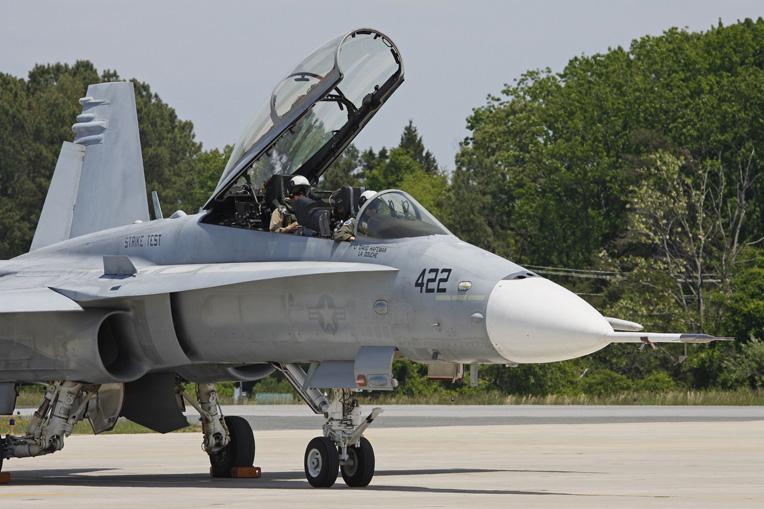 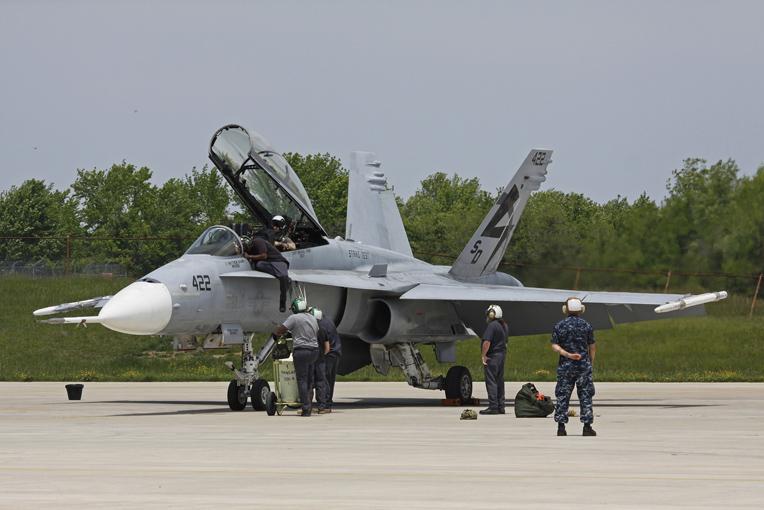 Another trainer in service with the NTPS is the Beechcraft T-6B Texan II, retaining the standard US Navy colour scheme 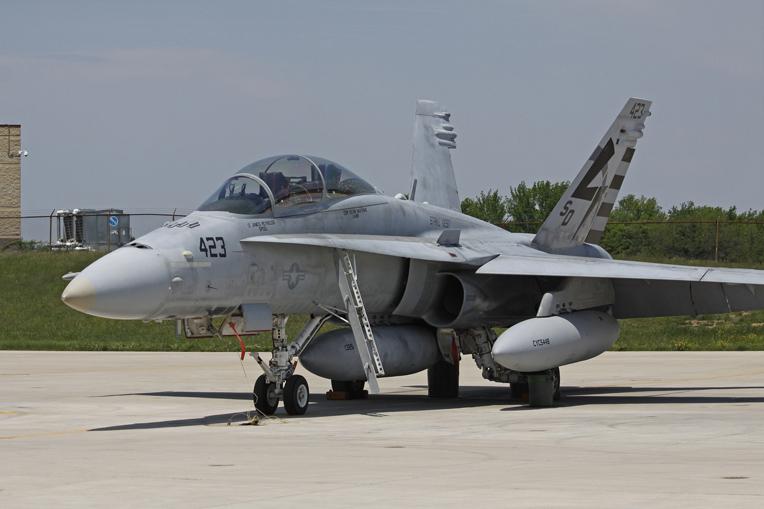 As mentioned earlier, even gliders are flown by the NTPS. This is a Schweizer X-26A

The squadron consists of about 45 officers and 90 enlisted, drawn from the US Navy and US Marine Corps, together with 45 civil service and 965 contractor employees directly involved with aircraft maintenance, test planning, safety oversight and support of the squadron's forty-four FA-18C/D Hornet, FA-18E/F Super Hornet, EA-18G Growler, T-45A/C Goshawk aircraft and EA-6B Prowler; plus the on-going contractor demonstration efforts with F-35B/C Lighting II and X-47B UCAS-D aircraft. The squadron conducts over 2,600 flight operations every year which equates to roughly 3,500 flight hours, much of which involves high-risk flight test. VX-23 conducts operations from a facility that has three large hangars and also operates and maintains the TC-7 steam catapult and MK-7 arresting gear facility at Patuxent River. As with the Naval Test Pilots School, VX-23 comes under the control of Naval Test Wing Atlantic (NTWL) and is the Navy's principal flight and ground test squadron for the development and acquisition of aviation systems with a continual focus on war-fighting requirements. 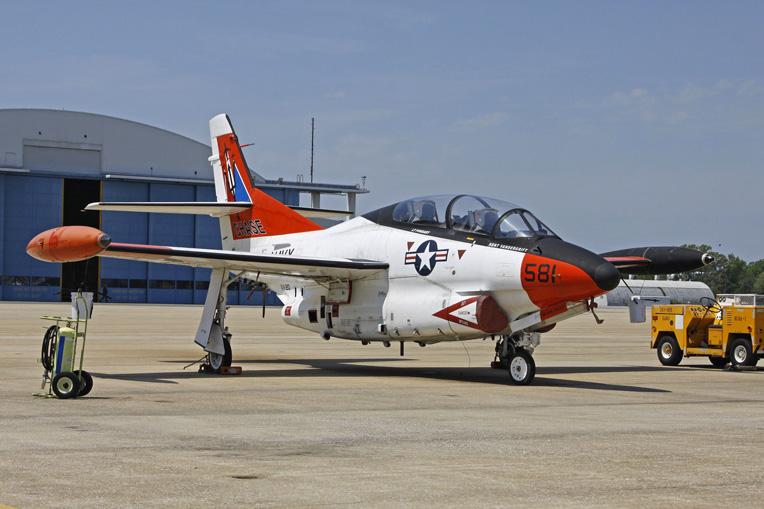 As mentioned previously, there are other units based at NAS Patuxent River such as HX-21, VX-1, VX-20 and VXS-1. Access to their respective ramps and hangers for photography is generally very much off limits, even to the Public Affairs Officer! Unfortunately the Integrated Test Force (ITF) area where the Lockheed-Martin F-35 Lightnings are flown from, was also unaccessible during our visit. All very frustrating when you can see them and not 'shoot' them. The reason behind the security is that many varied new weapons and systems are prototyped at Pax River and it is understandable the powers that be do not want photographs of these appearing on the internet or in magazines. Despite this, Doug managed to negotiate some time on the VX-20 ramp to photograph their T-2C Buckeyes, which are used as 'Chase' planes.

As with most things nowadays, even the NTPS Hornets are retaining their standard US Navy grey colour scheme, albeit with the familiar red NTPS  'cheat' line 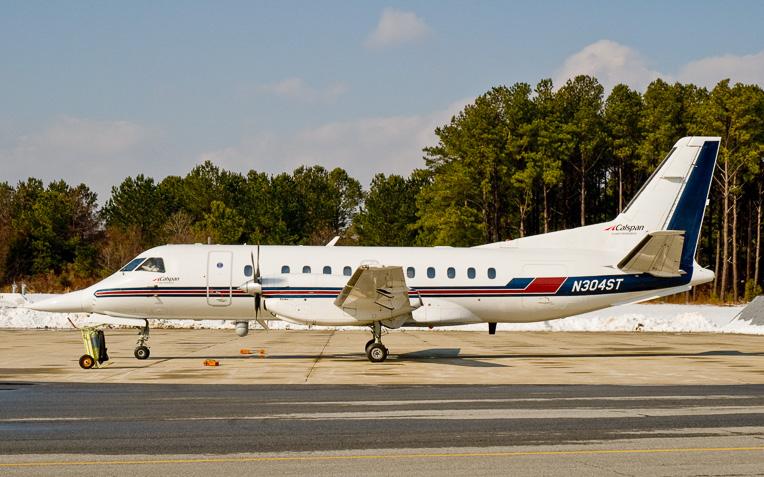 NAS Patuxent River History:- The U.S. Navy began flying aircraft in 1911, followed by the United States Marine Corps in 1912. For as long as the Navy and Marine Corps have flown aircraft, some organisation has been charged with developing, procuring and maintaining their aviation platforms. During the first ten years of naval flight this responsibility was split among several different bureaus. NAS Pax River was built to centralise these widely dispersed air testing facilities, and spurred on by the events of World War II, the consolidation effort was swift, with flight test operations beginning within a year of the ground being broken in 1942.

By August 1943, flight test, radio test, aircraft armament and the aircraft experimental and development squadrons were in place at Pax River. By the end of 1944, the station had formed the service test, electronics test, flight test and tactical test divisions. The Naval Air Test Center (NATC) was established as a separate entity on 16th June 1945, organisationally dividing the test and support functions. During World War II, hundreds of combat experienced pilots arrived at Pax River. The evolution of the US Navy test pilot began with formalised classroom instruction in 1948 with the establishment of a Test Pilot Training Division. The test pilots not only flew a proliferation of U.S airplanes built for the war effort, but were given opportunities to examine enemy aircraft as well.

The first U.S. test of jet aircraft for shipboard operations was conducted by the Naval Air Test Centre in 1946 when Lt. Cdr. James Davidson flew a McDonnell F-4 Phantom aboard the aicraft carrier USS Franklin D. Roosevelt. The Korean War intensified efforts at Pax River, and faced with developing jet aircraft whilst at the same time

Two classes are held each year, each class accepting a total of 36 students, including pilots, flight officers, and engineers. The NTPS is the only U.S military source of rotary-wing test pilots and flight test engineers and therefore also serves as the US Army's test pilot school. Following the almost year-long instructional course at the NTPS, graduates are then assigned to a test squadron. Three of the test squadrons are based at NAS Patuxent River and comprise the Naval Test Wing Atlantic; made up of VX-20, VX-23 and HX-21.

Another shot of #165541 from atop the NTPS HQ Building