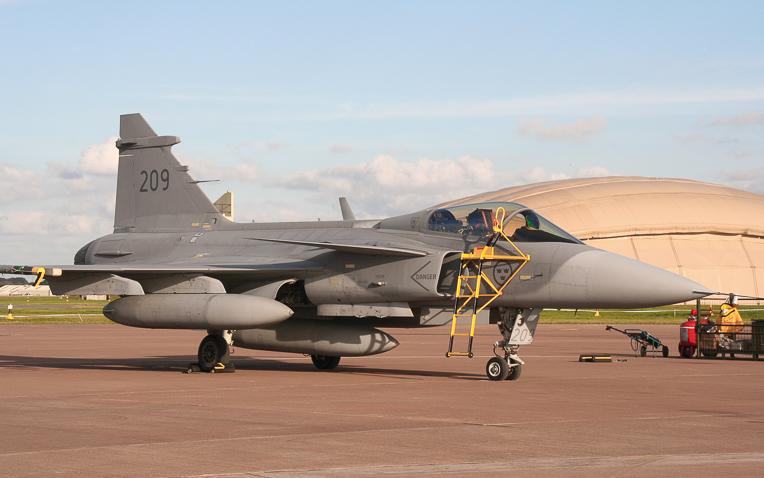 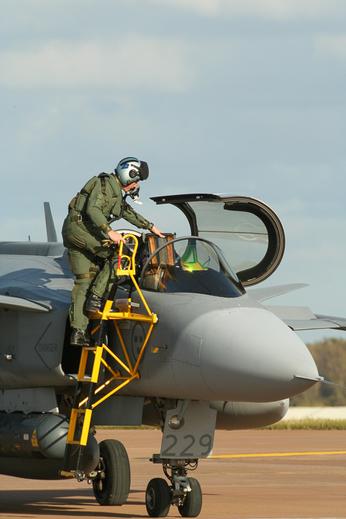 RAF Fairford is probably most well-known for the annual Royal International Air Tattoo (RIAT) held there in July each year. However, RAF Fairford has also seen its fair share of activity both long before and since RIAT came to prominence. It's most noticeable use over the last 30 years has without doubt been the hosting of United States Air Force B-52 bombers during the first Gulf War (1991), Operation Allied Force (1999) and the 2003 Iraq War. In more recent times it has seen regular visits from United States Air Force Global Strike Command (AFGSC) B-1s, B-52s and B-2 stealth bombers on Bomber Task Force (BTF) deployments- drawing large numbers of enthusiasts to its fenceline to photograph the activity. Back in 2008 however, RAF Fairford echoed to the sound of fast-jets for exercise Crown Condor - hosted by the Royal Air Force. Jetwash Aviation Photos was in its infancy back then, but even so, we were there to capture some of the action - so here's a little taster from 12 years ago.

Crown Condor provided the Swedish Air Force with its first opportunity to test the SE-concept, with seven 171 Sqn Gripens supported by 100 personnel deployed to RAF Fairford to practice and evaluate their capabilities to operate as independently as possible from homeland support whilst conducting operations from a DOB. 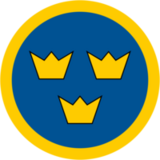 The pilot of this Gripen keeps an eye on the groundie as he is marshalled back to his parking spot, watched on by another crewman from the SwAF, standing-by with the aircraft's wheel chocks and crew ladder 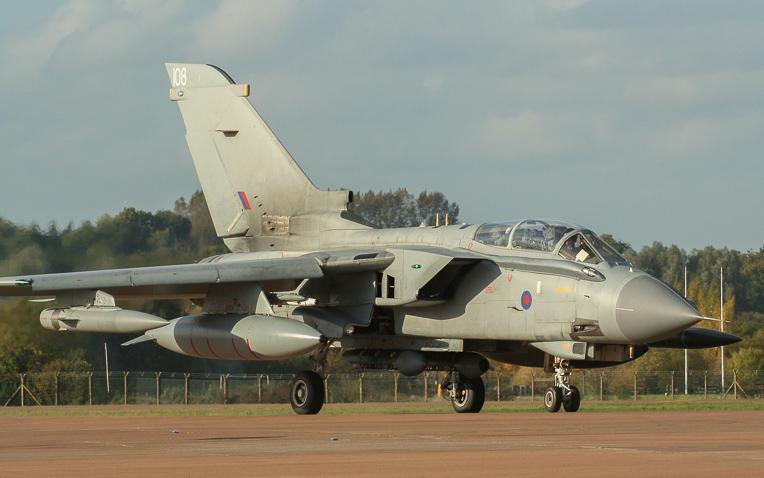 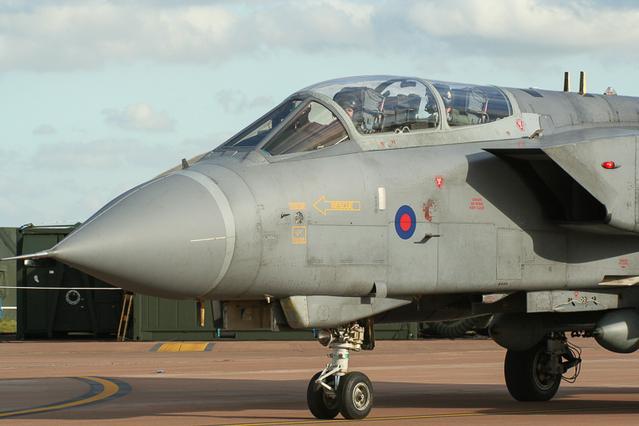 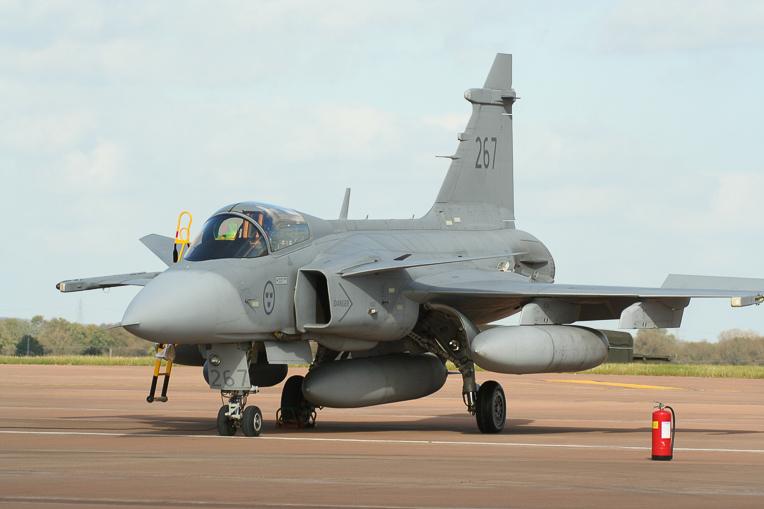 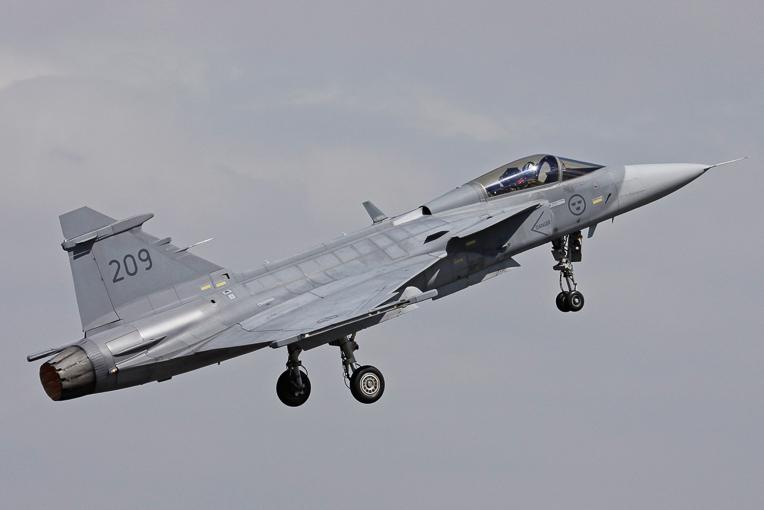 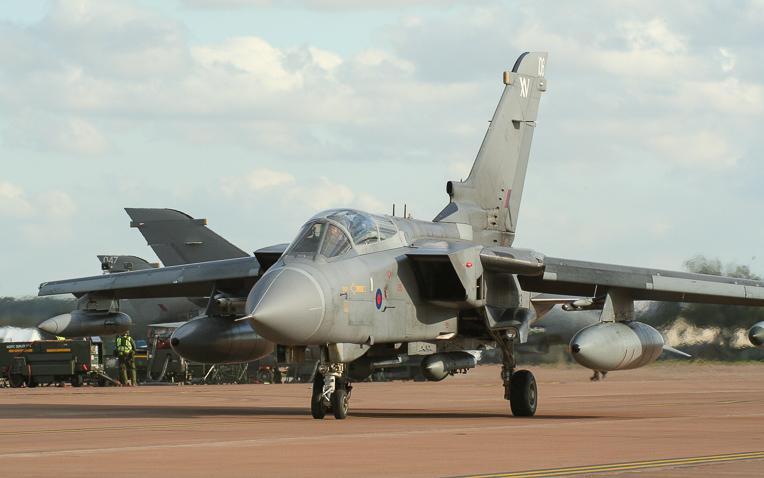 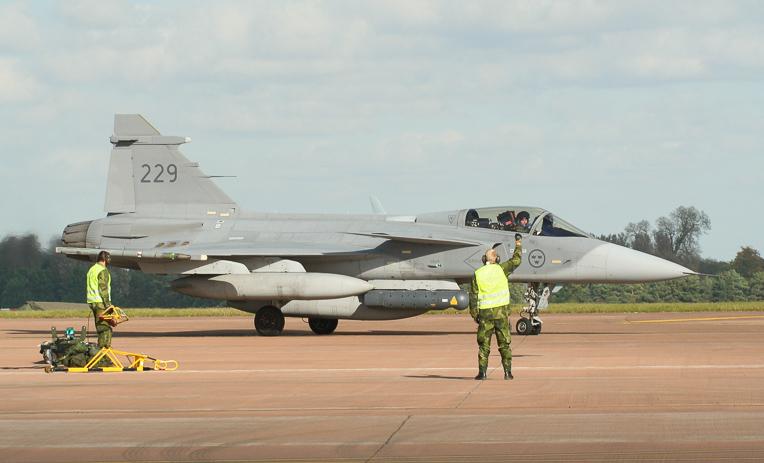 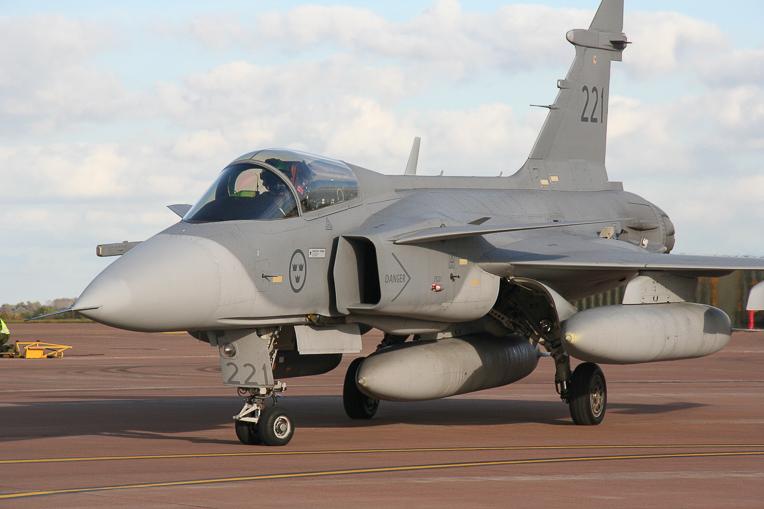 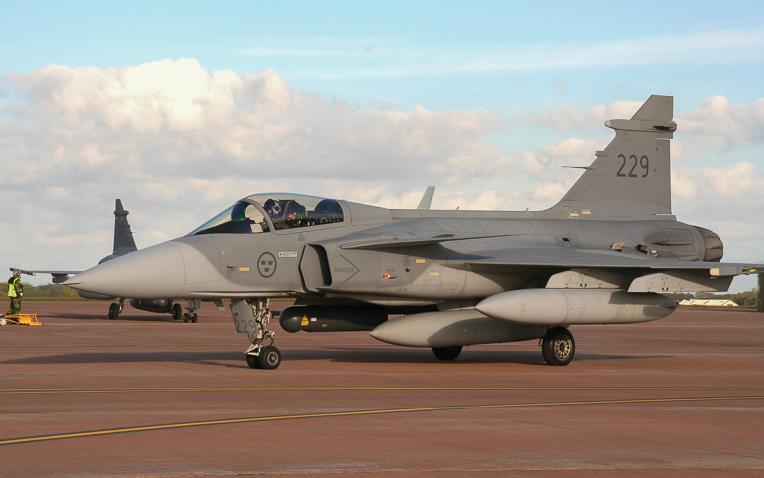 #39209 gets airborne at RAF Fairford. The aircraft is in what's known as a 'clean' configuration, meaning that it carries no external stores or munitions 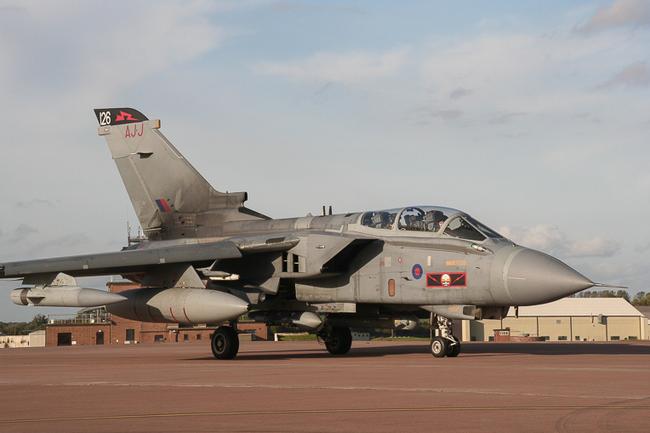 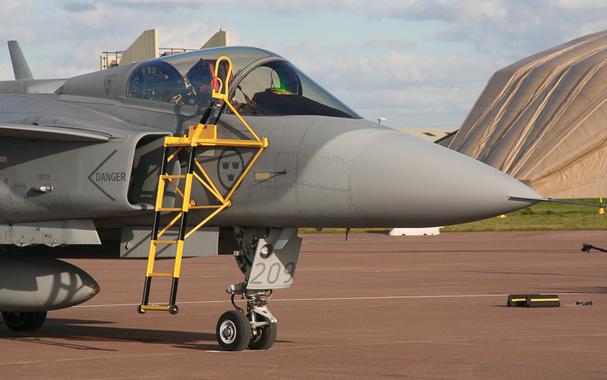 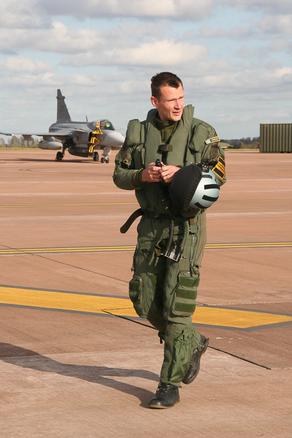 ​ With the aim of training RAF personnel to conduct military operations overseas, this was an important exercise for the Tornado squadron as it was a full-mission rehearsal for its upcoming deployments. Crown Condor enabled an RAF Expeditionary Air Wing (EAW), in this case 140 EAW, to test and adjust its combat procedures in order to be fully prepared for any short-notice contingency operations that it may be called upon to support in the future. At the same time, Crown Condor also provided an opportunity for the Royal Air Force to exchange ideas and gain experience operating with the Swedish Air Force and to foster relationships with a member of the NATO Partnership for Peace (PfP) programme - a programme of practical bilateral cooperation between individual Euro-Atlantic partner countries and the North Atlantic Treaty Organisation. PfP allows partner nations to build up an individual relationship with NATO whilst choosing their own priorities for cooperation.

​The PfP was established in 1994, with 20 countries currently in the programme - Sweden being one of the first nations to join. 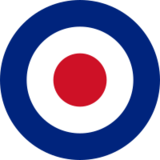 No strangers to conducting sorties to/from airstrips with little or no infrastructure, the Ronneby-based Gripens conducted operations from the southern side of RAF Fairford. Without any shelters or aircraft hangars available, the base provided the ideal training scenario to practice operations from a Deployed Operating Base similar to those that they may experience during operations as part of the Nordic Battle Group.

#ZD847/108 heads back to the DOB carrying a typical Tornado weapons load; BOZ107 chaff dispensers on the outer wing pylons, under-wing 1500ltr drop tanks, bomb dispensers on the central fuselage pylons and an ASRAAM just visible on the inside of the drop-tank pylon for self-defence

Having withdrawn its last Buccaneer aircraft in late 1993, 12(B) Squadron re-formed at RAF Marham, Norfolk, operating twelve Panavia Tornado GR1B aircraft in the same year before relocating to RAF Lossiemouth. Flying the upgraded Tornado GR4 from 2001, the squadron participated in Operation Telic in 2003. In 2006 and 2008 the squadron provided armed over-watch for UK and US ground operations in Iraq. Shortly afterwards, as British troops withdrew from the country, the Tornado fleet based in the region also returned to the UK, marking the end of a long era of the aircraft in-theatre. In June 2009, the squadron deployed ten jets to Cyprus, eight of which continued on to Kandahar in Afghanistan. This marked the start of Tornado GR4 operations in Afghanistan, with the type replacing the Harrier GR9 in-theatre. For over four months, 12(B) Squadron successfully provided support to the International Security Assistance Force (ISAF), including close air support for British, American, Canadian and Afghan troops. 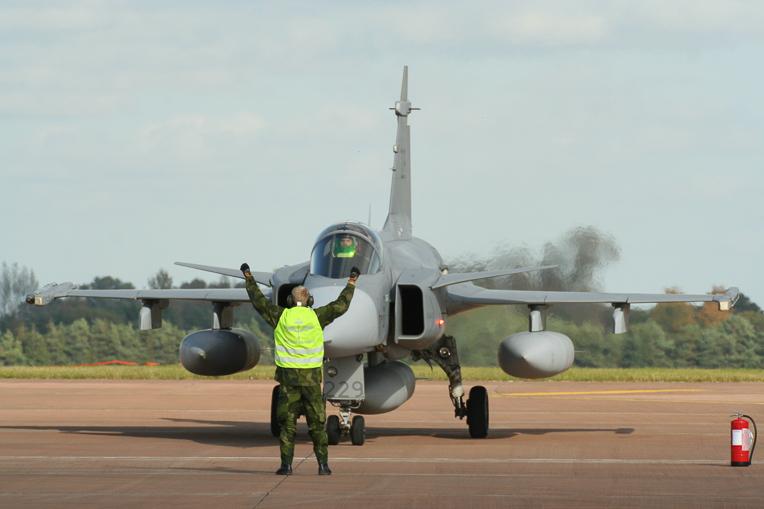 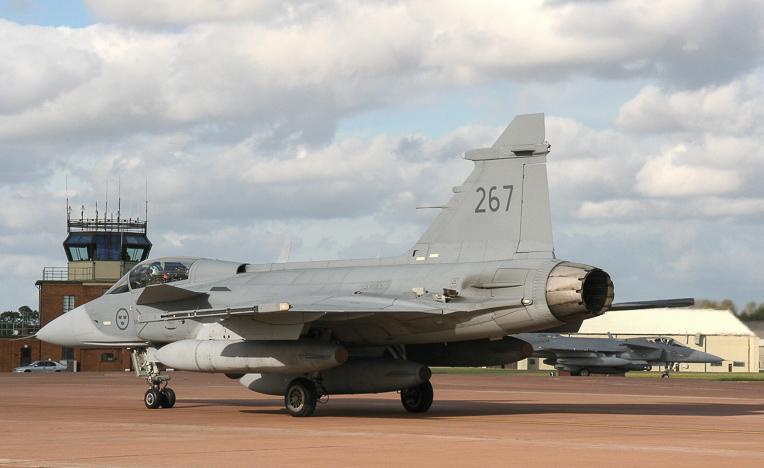 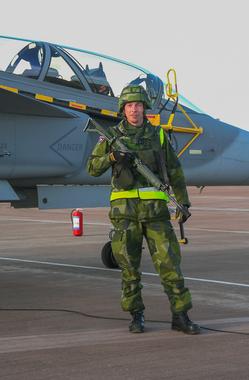 Exercise Crown Condor took place 6-16 October 2008 at RAF Fairford, and involved aircraft from 171 Squadron/F17 Wing Flygvapnet (Swedish Air Force -SwAF) and 12(B) Squadron Royal Air Force (RAF). Crown Condor was the aerial component of Exercise Joint Warrior, a UK-wide, two week, tri-service exercise conducted in the spring and autumn of each year and considered one of the largest military exercises in Europe. Over 1,000 RAF personnel were drawn from across the UK to set up a Deployed Operating Base (DOB) at RAF Fairford - accommodating the Panavia Tornado GR4s from RAF Lossiemouth and Saab JAS39C/D Gripen aircraft from Ronneby.

A Low Altitude Navigation and Targeting Infrared for Night ( LANTIRN) pod is wheeled out to be fitted onto one of the Gripen fighters (left). A pod can also be seen fitted to a Gripen in the image above. The LANTIRN is a combined navigation and targeting pod system used by a number of air forces on a variety of different fast-jets. LANTIRN significantly increases the combat effectiveness of the aircraft, allowing them to fly at low altitudes, at night and in all-weathers to attack ground targets with a variety of precision-guided weapons.

A Tornado GR4 heads out for an afternoon sortie on 9 October 2008. Although 12(B) Squadron hosted Crown Condor, a number of the Tornado aircraft at the exercise wore the markings of other squadrons - in this case #ZD843/106 sports 15 Squadron markings on the tailfin. It was representative of the state of flux the Tornado fleet was in at the time as squadrons disbanded and re-formed, and aircraft moved bases

F17 brought along a twin-seat JAS39D to Crown Condor

The sharp end of a Swedish Gripen basks in the afternoon sun whilst a somewhat embarassed member of the Swedish Force Protection Force keeps a watchful eye on the proceedings, armed with his Automatkarabin AK-5 assault rifle 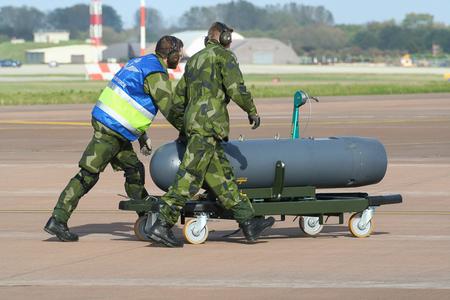 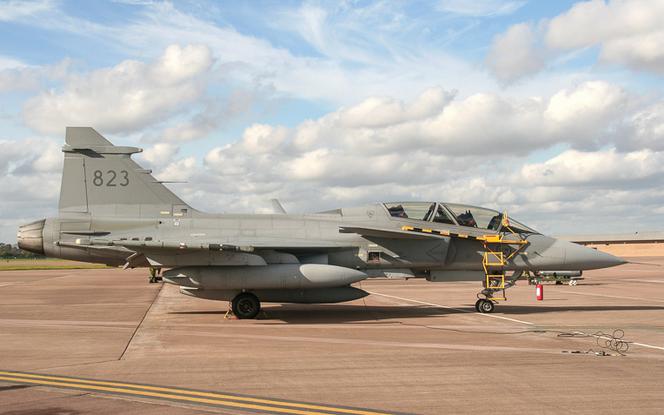 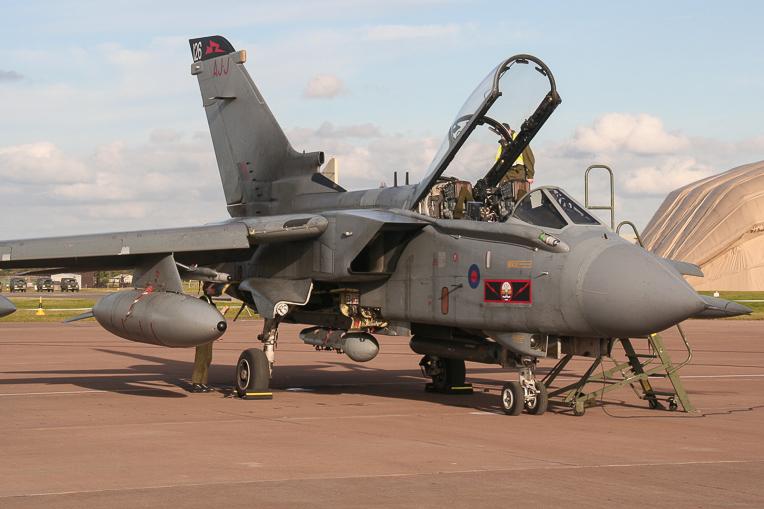 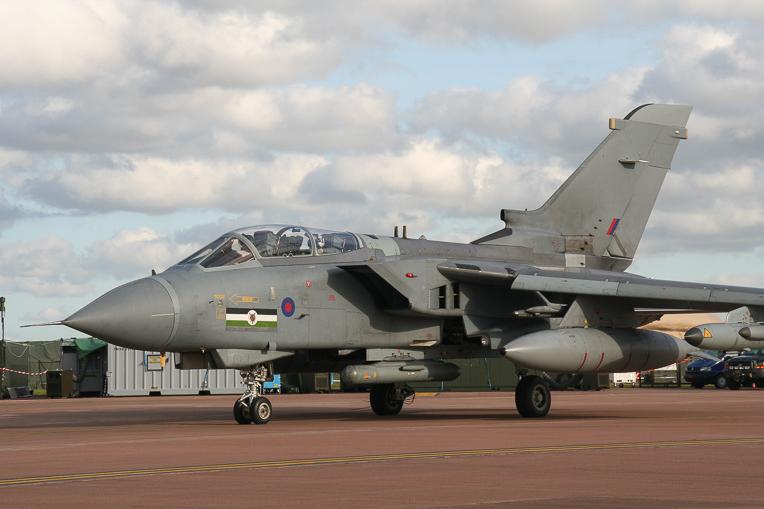