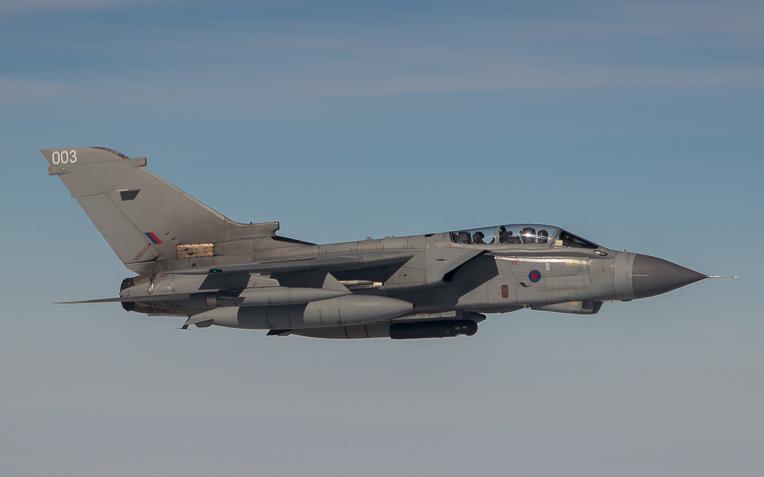 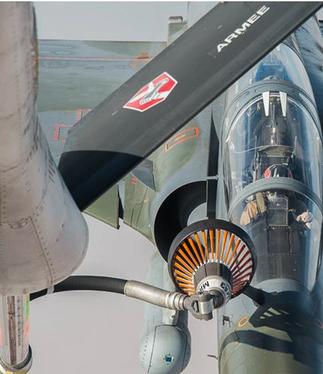 EATC (European Air Transport Command) is a multi-national command established on 1st September 2010. It is located at Eindhoven Air Base, Netherlands, and integrates a staff of more than 200 people from the seven member nations (Belgium, France, Germany, Italy, Luxembourg, the Netherlands and Spain). EATC focuses on three essential points; air transportation, air-to-air refuelling and aeromedical evacuation. Facilitating shared values, enhanced interoperability and harmonized procedures, it makes EATC a unique organisation, showcasing the successful pooling of aircraft within Europe. Air-to-air refuelling has long been recognized in Europe as an important quantitative and qualitative capability shortfall. This shortfall is addressed in both EU 'pooling and sharing' and NATO’s 'smart defence' initiatives. Today, only seven EU member states own air-to-air refuelling assets, five of which are EATC members. In co-operation with member nations and their air-to-air refuelling entities, EATC has built up its experience in air-to-air refuelling related matters and developed into an effective centre of expertise. 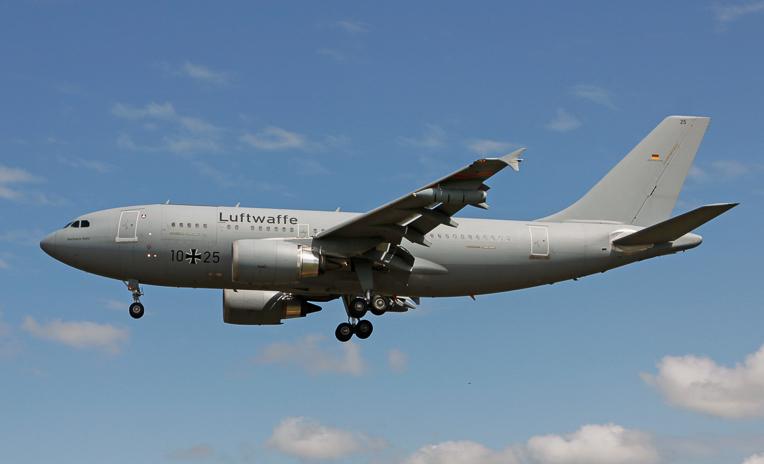 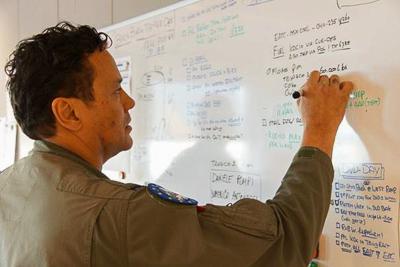 fast-jet communities, as well as enabling certification processes between different aircraft. First held in 2014, the European Defence Agency (EDA) initiative is one important measure in a number of different working strands to overcome the EU shortfall on current tanker capabilities. The training concepts are created and conducted by the European Air Transport Command (EATC), aimed at addressing the lack of interoperability amongst European tanker crews; and to develop their knowledge in AAR (air-to-air refuelling) planning and tasking through a dedicated exercise – currently the only one of its kind in Europe. 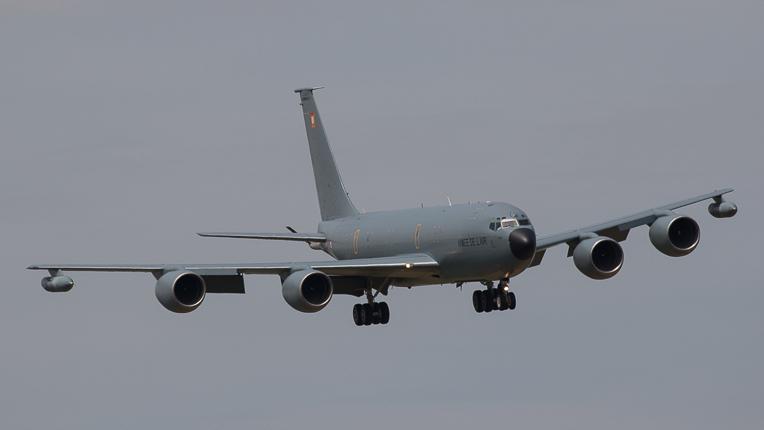 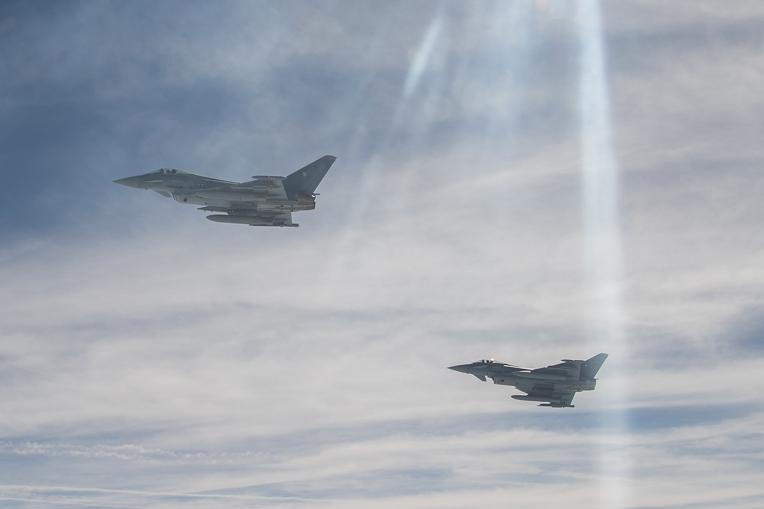 Waiting its turn to be refuelled, this RAF Tornado's In-Flight Refuelling (IFR) probe can be seen just below the cockpit 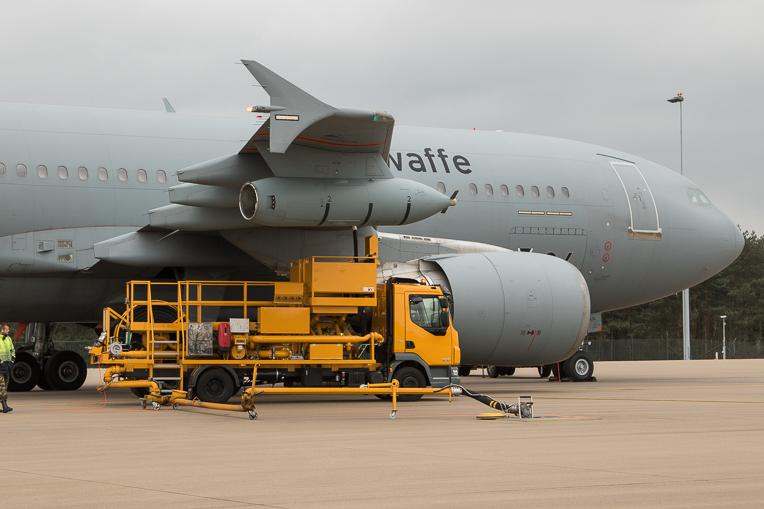 One of the A.310's refuelling drogues receives some post-flight attention

The A.310-MRTT has a single Cobham 907E refuelling pod on each wing 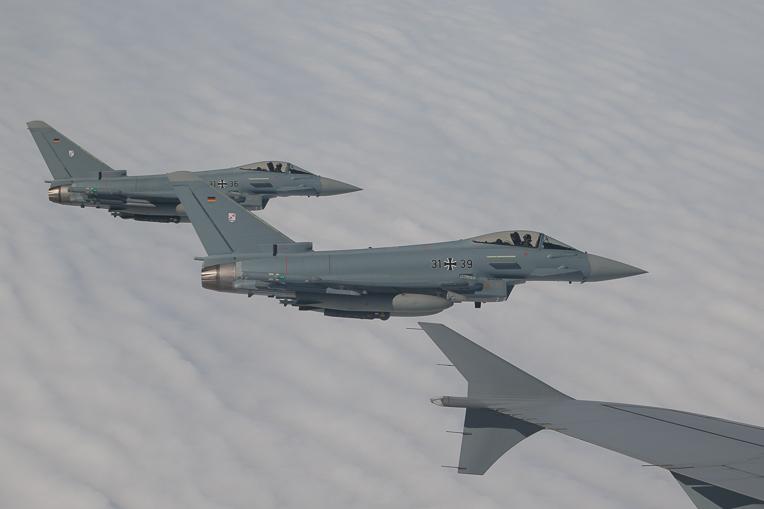 Reliability and ever increasing cost issues are coming to the fore with the aircraft, as they are with the Dutch KDC-10 fleet 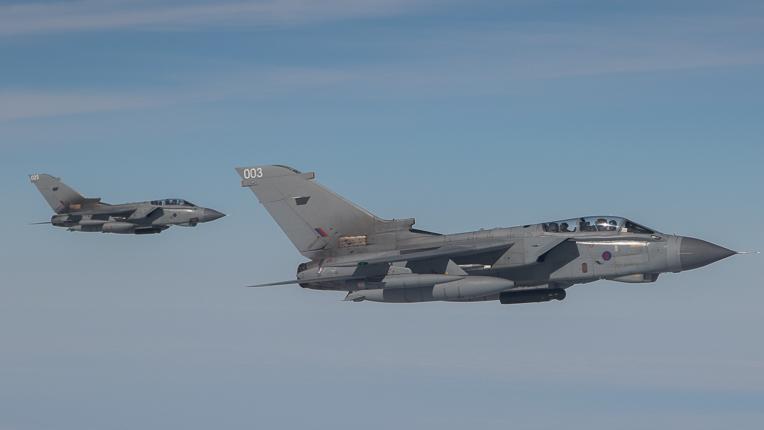 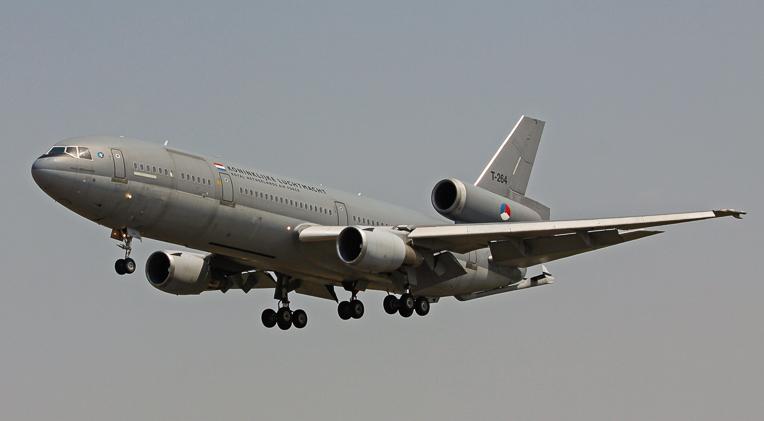 The Luftwaffe Airbus A.310-MRTT prepares for an AAR mission on 29th March

We would like to thank the following people for their help in making this report possible; 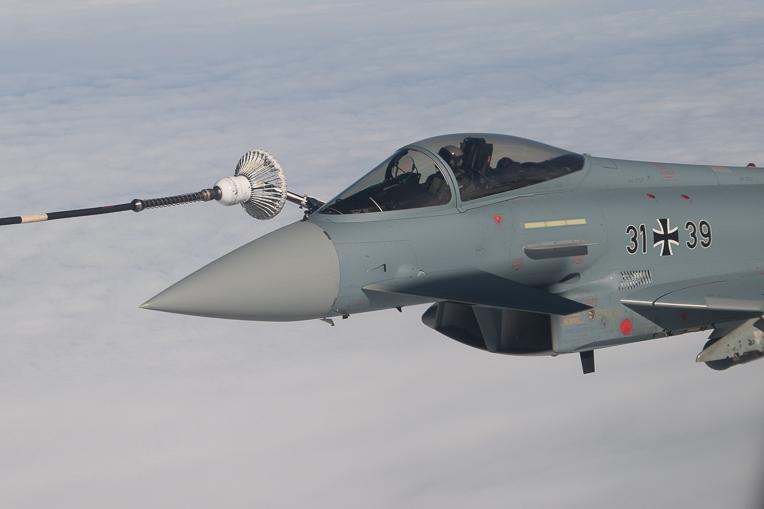 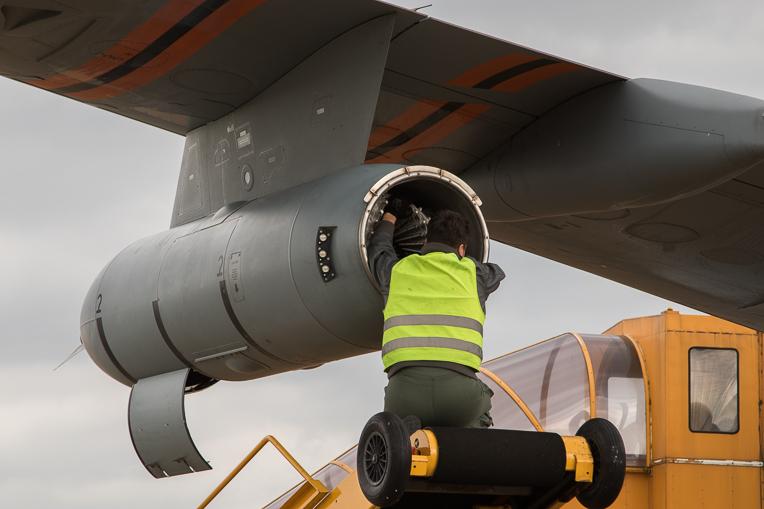 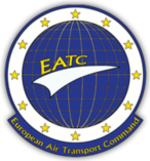 The number of air-to-air refuelling assets under the command of EATC will gradually increase over the coming years with the introduction of the Airbus A330-MRTT and the Airbus A400M (air refuelling kits are planned for the German and French A400 aircraft). EATC will foster synergies with the multi-national A330-MRTT initiative, which is aimed at acquiring and operating a common European multi-role tanker/transport fleet. Four out of the five nations involved in MRTT (multi-role, tanker-transport), which launched in July 2016 with the first order for two aircraft by the Netherlands and Luxembourg, are currently EATC members. Belgium, Germany and Norway joined the MRTT programme in 2017, the three countries signing a 'Declaration of Intent' on 16th February. It is expected that a total of eight aircraft will join the fleet, with the first two due for delivery in 2020. Current planning is for the aircraft to be based at both Eindhoven and Köln/Bonn. 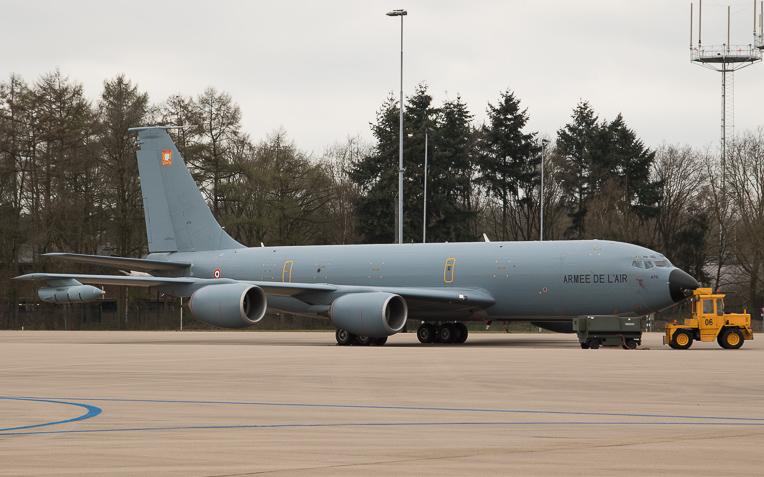 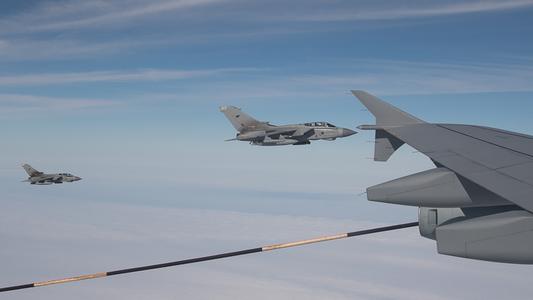 An Armée de l'Air Mirage 2000D is seen taking on fuel from a Boeing C-135FR. French fighter aircraft use the hose and drogue method for AAR (left)

As two Royal Air Force Tornados formate alongside the A.310, the tanker's Flight Engineer monitors and controls the refuelling procedure 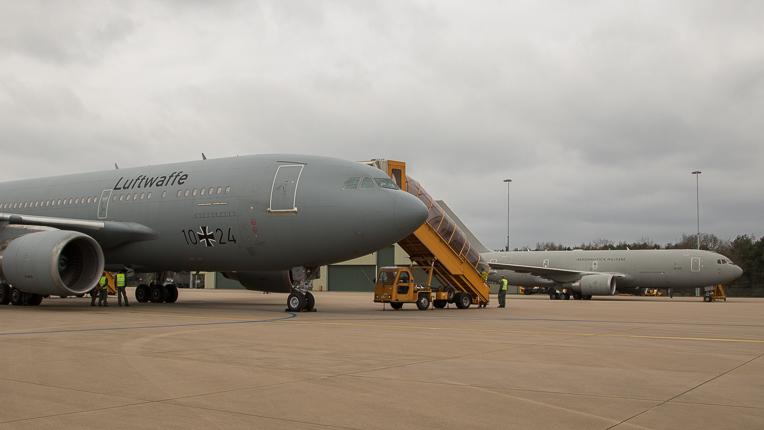 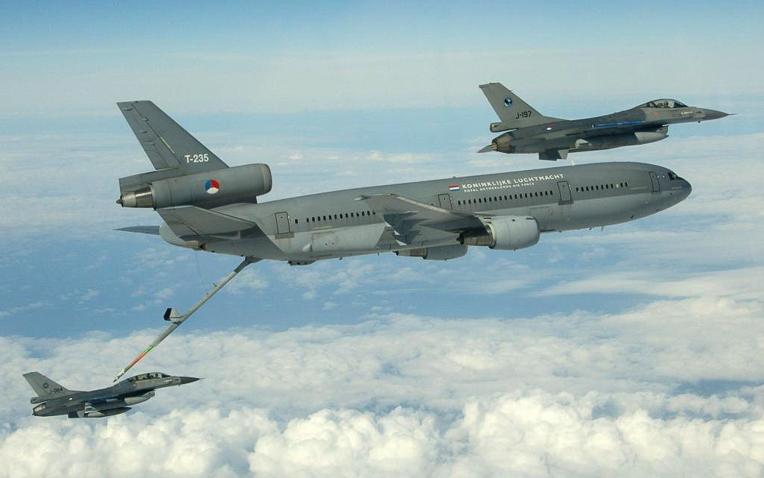 These issues came as no real surprise and highlighted even further the need to modernise and enlarge the European AAR fleets. During EART it was most noticeable that the Italians had the best levels of serviceability during the exercise, which links in with the fact that they also have the newest fleet of tankers. Within the next few years the A.330-MRTT and A.400 will come into play, giving the member nations a much more reliable AAR capability. Every A.400 is already 'plumbed' to operate as an aerial refueller, just the attachment of the underwing hose & drogue pods being required to complete the package. The plan is that the refuelling pods will be centralised (most likely at Eindhoven), with partner-nations accessing them on an 'as and when' required basis. This system will enable every country to have access to a large number of pods without the associated costs.

As a final note, the Frisian Flag exercise that runs in conjunction with EART will not run in 2018, due to the introduction of the F-35 Lightning II at Leeuwarden Air Base. As a result of this, the EDA are currently looking into where they can hold next year's EART, the hope being that they can link into an existing exercise somwhere in Europe, such as a Tactical Leadership Programme (TLP) or Tactical Weapons Meet. 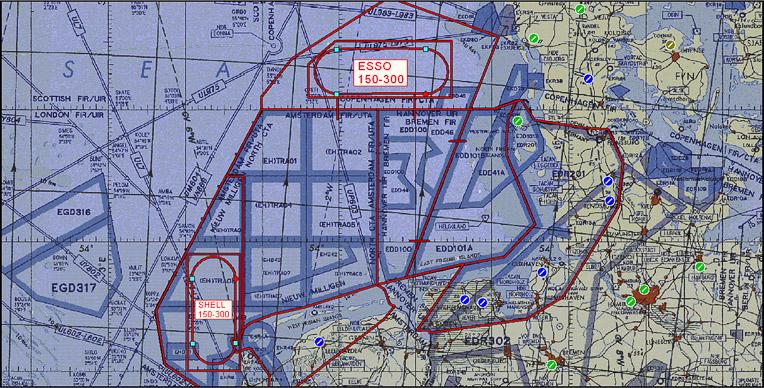 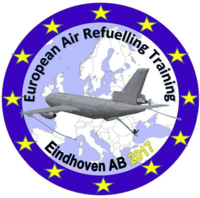 The annual European Air Refuelling Training (EART) exercise takes place over the North Sea, the Netherlands, Denmark and Germany. With the in-flight refuelling aircraft, otherwise known as tankers, located at Eindhoven Air Base for the duration of the exercise, the training programme is intrinsically linked with the exercise 'Frisian Flag', which operates from Leeuwarden Air Base during the same period. The general purpose of the training is to create a realistic training environment to exchange information and practice amongst NATO's tanker and 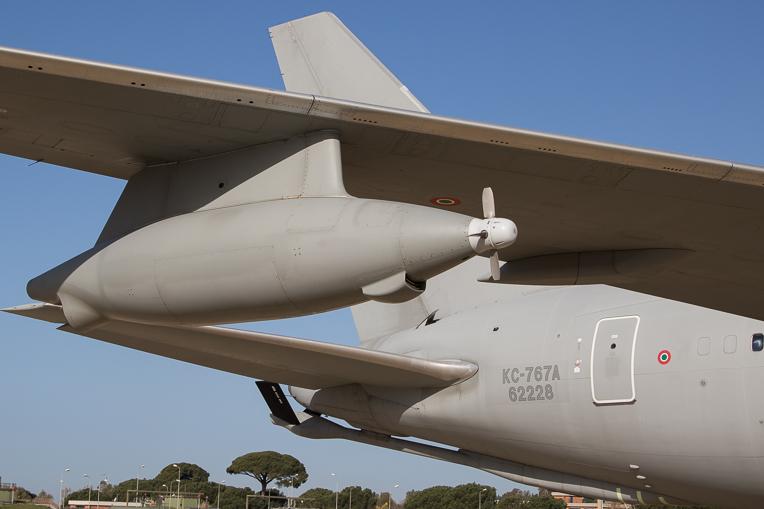 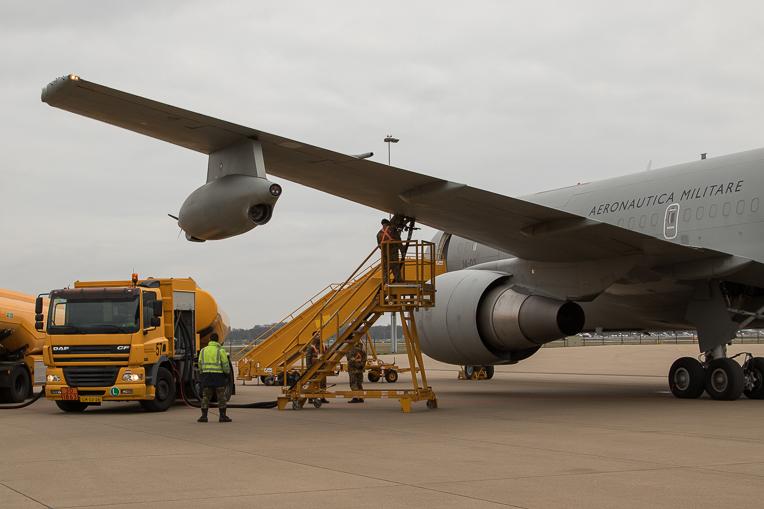 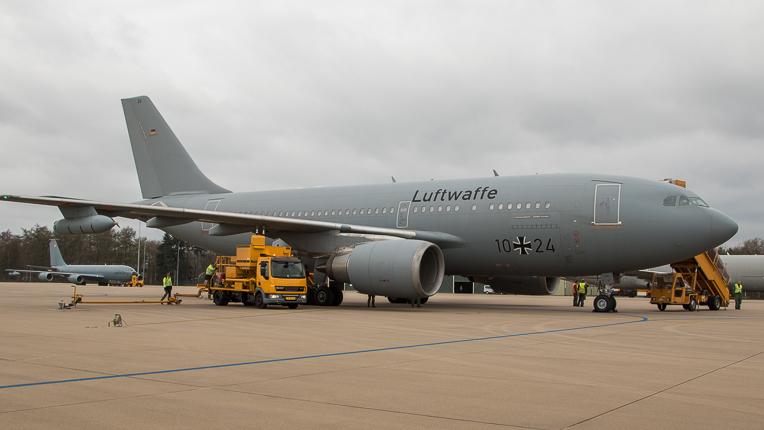 First up for fuel from the A.310-MRTT were a couple of German Eurofighter Typhoons from TLG.31

Like the German A.310, the refuelling process is controlled from a station to the rear of the KC-767s flight deck (below, left)

Looking to replace its fleet of aging C-135FR Stratotankers, France plans to continue to 'go it alone' as far as its aerial refuelling assets are concerned. However like the majority of its European partners in the future, it will centre its fleet on the Airbus A330-MRTT. The French Defence Procurement Agency (DGA) has so far ordered nine aircraft, with a total of 12 planned. A multi-year contract for the 12 A330-MRTTs, to be delivered in several tranches, was signed by the French Ministry of Defence in November 2014, with the first aircraft due for delivery some time in 2018. The French aircraft will be equipped with both a high-speed refuelling boom and underwing hose-and-drogue refuelling pods, allowing it to refuel receiver aircraft that use either of the current systems in operation with NATO and its partner nations. 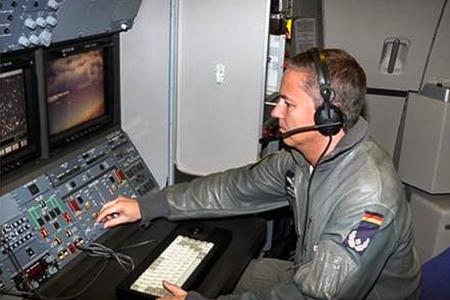 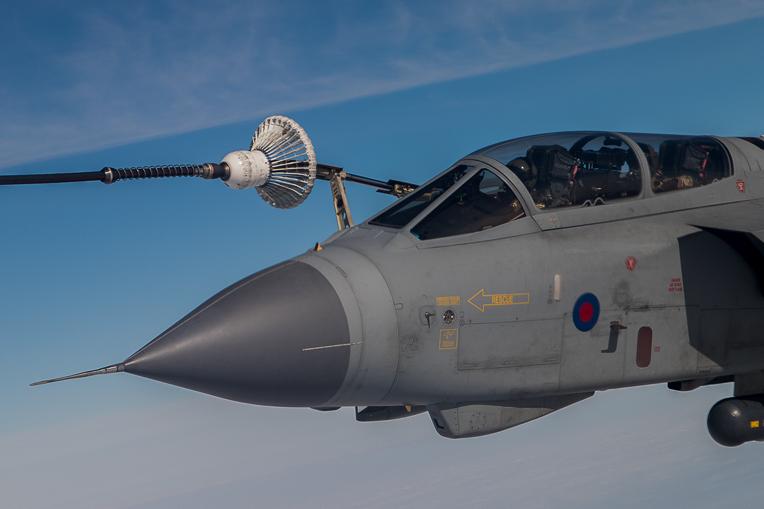 Many testing conditions were experienced by the tanker crews during EART and Frisian Flag 2017, the aging French and Dutch aircraft causing particular issues. The first few days of the exercise saw a number of AAR missions 'scrubbed' due to aircraft being unavailable. Some of this was due to boom or hose & drogue inoperability on individual aircraft, but some were also due to technical/maintenance problems. The effect on the Frisian Flag participants was mostly experienced by the F-15 and F-16 communities, who utilise the boom refuelling system; and with the Dutch KDC-10 and French C-135  being unserviceable for a couple of days at the beginning of the exercise, it left just the Italian KC-767 with an operable boom. However, that aircraft then suffered issues with its boom a couple of days into the exercise, making any refuelling of the F-15/F-16 aircraft impossible.

Refuelling in the 'Esso' AAR zone, one of the Nörvenich based Typhoons is seen here 'plugged in' to one of the A.310's baskets

Both aircraft were converted from former civilian airliners

•Train both aircrew and logistics in quick turnaround execution 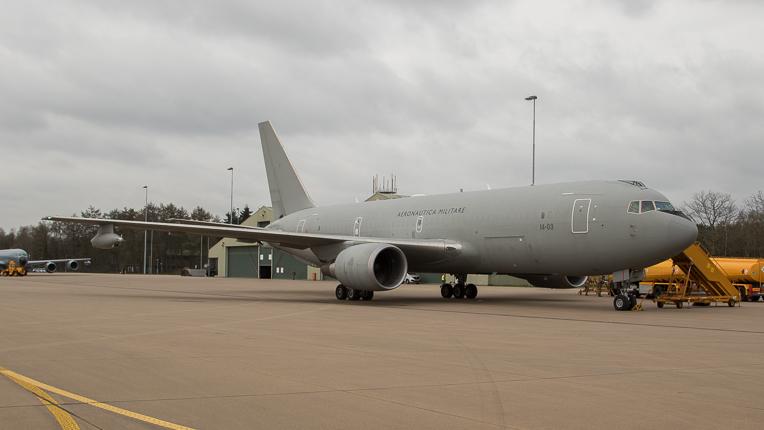 Air-to-Air Refuelling (AAR) is one of four 'Priority Programmes' currently being undertaken by the EDA. However, despite the importance of AAR, European armed forces have systemically relied on American assets in recent air operations. This was clearly demonstrated in the Kosovo campaign in 1999 and during operations over Libya in 2011. During the Libyan conflict, the entire contribution to the air refuelling force by non-U.S. NATO countries was only about 12-15 aircraft. France deployed six Boeing C-135FRs; Canada deployed two CC-150 Polaris; the Netherlands committed one KDC-10; the Swedish committed a single C-130 Hercules; the Italian’s a single Boeing KC-767; with the United Kingdom having two VC-10s or Tristars at Decimomannu and a variable number of aircraft working out of RAF Akrotiri, Cyprus. This meant that excluding the USAF contribution, the NATO alliance could only establish a 1:10 tanker/fighter force ratio during Operation Unified Protector. Air refuelling aircraft are key to military air operations as 'Force Multipliers'; enabling fighters, transport aircraft and Airborne Warning and Control Systems (AWACS) aircraft to remain airborne for longer periods.

Today, Europe is still only able to muster around 42 tanker aircraft at any given time, which when compared with the U.S. resources of over 500 aircraft, is a clear indication of the European shortfall in this field. The lack of dedicated training for the European AAR community was also recognised and is being addressed through the EART series of exercises, which help to streamline procedures and increase interoperability amongst the European AAR community. Through other work strands, the EDA is addressing this lack of interoperability by organising certification campaigns in order to increase the number of receiver aircraft that are able to refuel from European tankers. With 2017's exercise taking place between 26th March and 7th April, participants were an Italian Air Force Boeing KC-767A from 14° Stormo; a German Air Force Airbus A.310-MRTT from the FBS; a French Air Force Boeing C-135FR from 02/091 GRV; and 334 Squadron Royal Netherlands Air Force with a McDonnell-Douglas KDC-10. 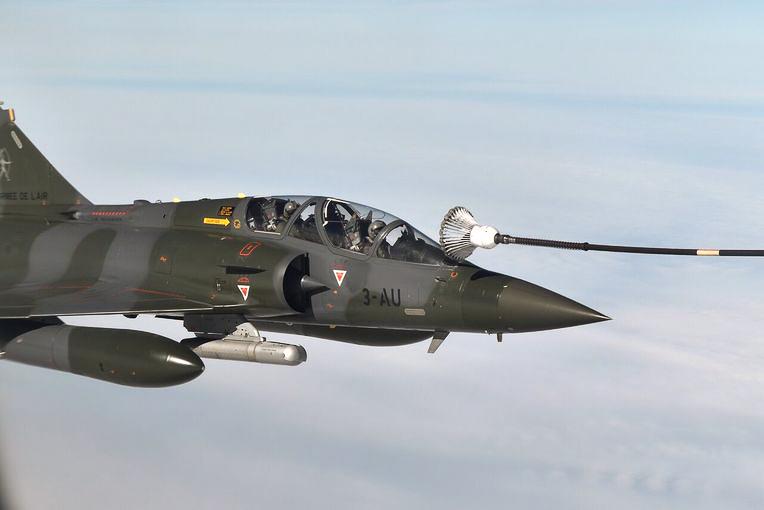 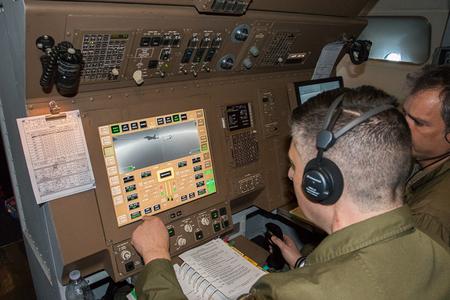