Of the six Hercules based at Elizabeth City

One is normally on maintenance, with one of the remaining five being on constant 24-hour SAR duties 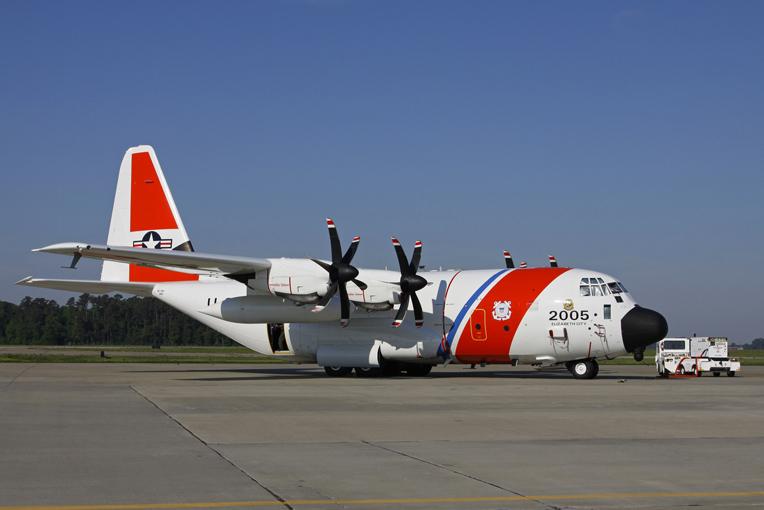 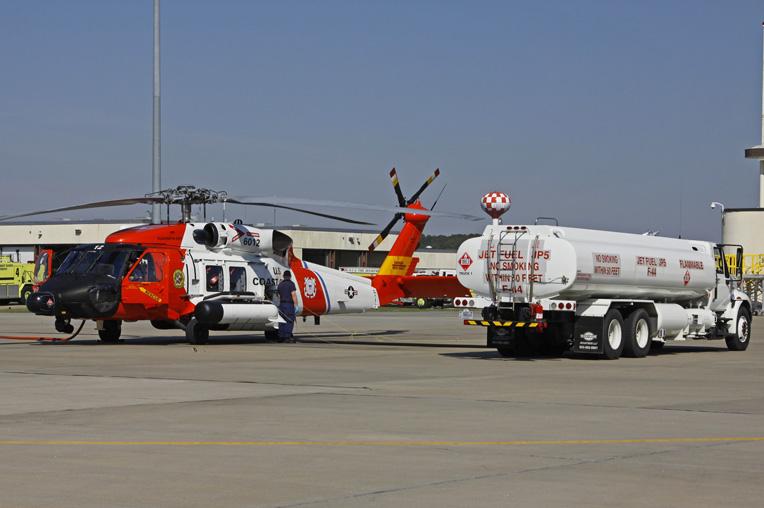 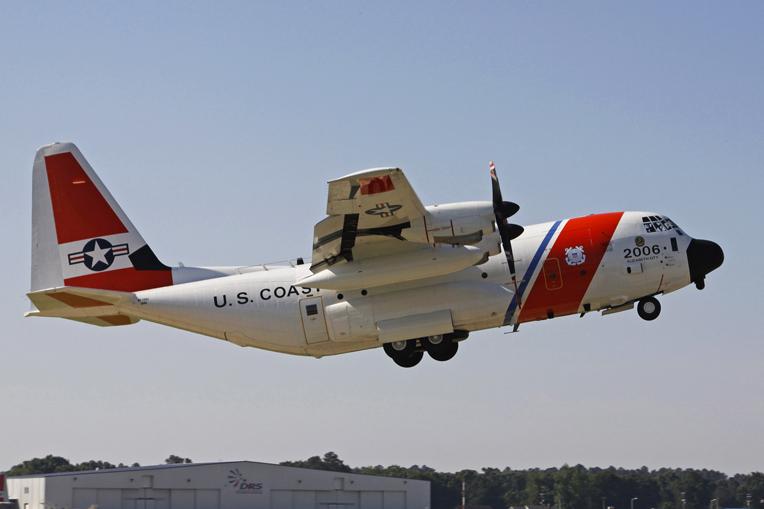 The first MH-65E sits on the line at the ALC, somewhat more recognisable than the aircraft in the previous photo 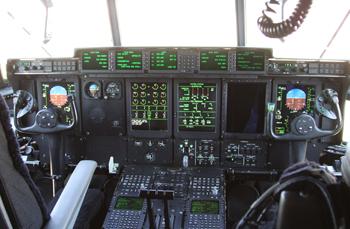 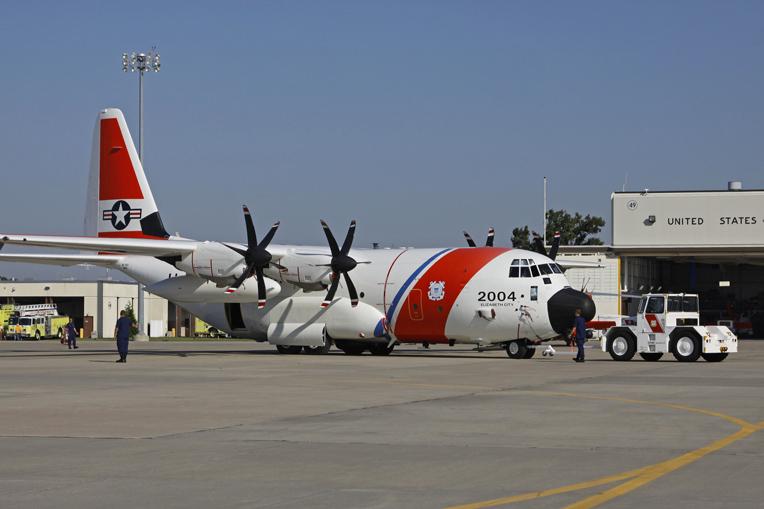 The finished article. This Dauphin gets an engine test outside the ALC, having undergone its last major overhaul as a MH-65D model. Next time this airframe arrives atE-City it will get upgraded to the MH-65E

The Dassault MH-65 Dauphin is certified for all-weather and night-time operations. The MH-65 is the primary Coast Guard aircraft used on Coast Guard cutters during deployments. FLIR, a heads-up display (HUD) and other avionics upgrades are being installed aboard the H-65 as part of the current upgrade programme. The current transition to the MH-65D is designed to address obsolete component issues and is slated to be completed by the summer of 2015. In Fiscal Year-17 the Coast Guard will introduce the MH-65E to the fleet. Currently under development, the MH-65E will feature an all-glass cockpit with advanced navigation capabilities to meet emerging FAA requirements. Whilst at Elizabeth City we saw the first MH-65E airframe (aircraft #6594) on the line undergoing its conversion. 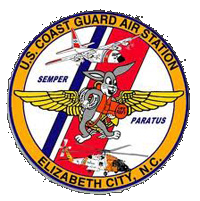 In 1966 CGAS Elizabeth City expanded after absorbing the Air Stations in Bermuda and Argentina. In addition to the Air Station, Elizabeth City's Coast Guard complex includes the Aviation Logistics Centre (ALC), Aviation Technical Training Center (ATTC), Support Center, and Boat Station Elizabeth City. Divided into nine Districts, E-City comes under the control of the 5th District, Atlantic Area, based in Portsmouth, Virginia. In May 2013 Jetwash Aviation Photos was afforded exclusive access to the various facilities at CGAS Elizabeth City and an opportunity to report on the primary aviation facility of the United States Coast Guard. 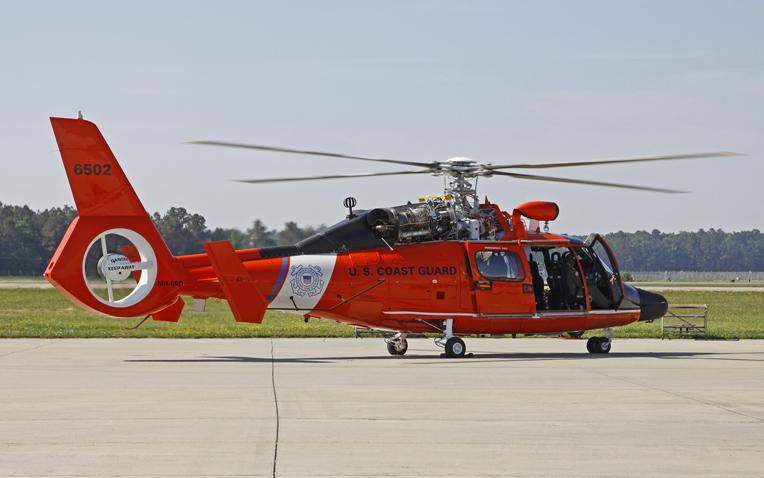 We would like to thank the following for arranging our visit to CGAS Elizabeth City:-
Lt. Jane Peña 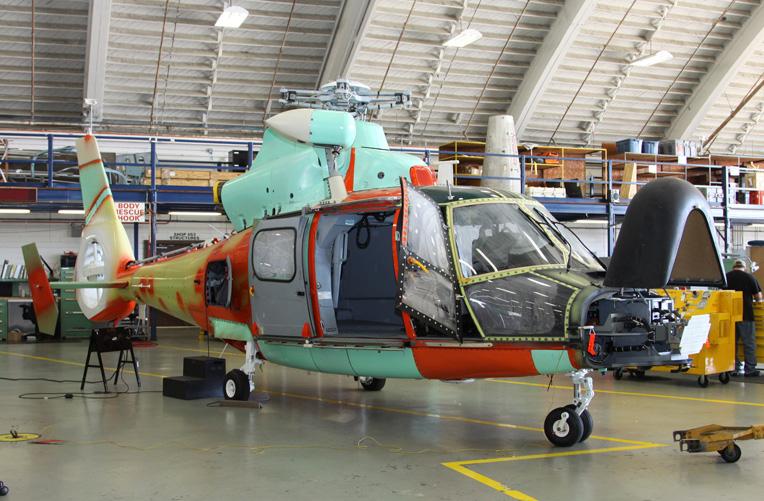 Located on the banks of the Pasquotank River in North Carolina, Coast Guard Air Station (CGAS) Elizabeth City was commissioned on 15th August 1940 equipped with 10 aircraft, 4 officers and 52 enlisted men. The site at Elizabeth City was selected by the Coast Guard in 1938 for its potential strategic value as a sea-plane base. Placed under control of the U.S Navy during World War II, Elizabeth City was tasked with conducting Search and Rescue (SAR), anti-submarine (ASW) and training missions. Since then E-City's missions and assigned aircraft have shifted and grown with changing national priorities and technologies. 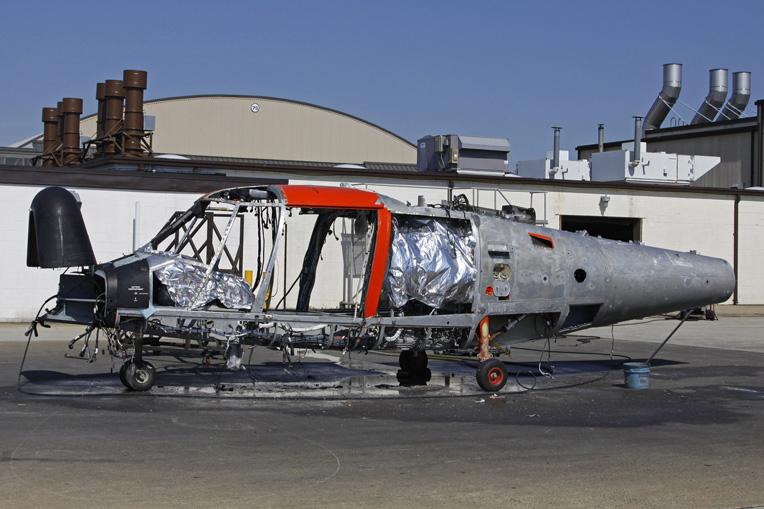 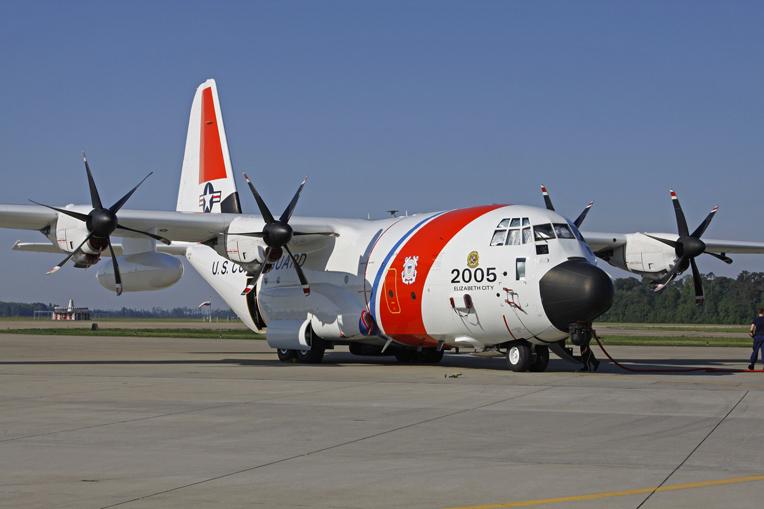 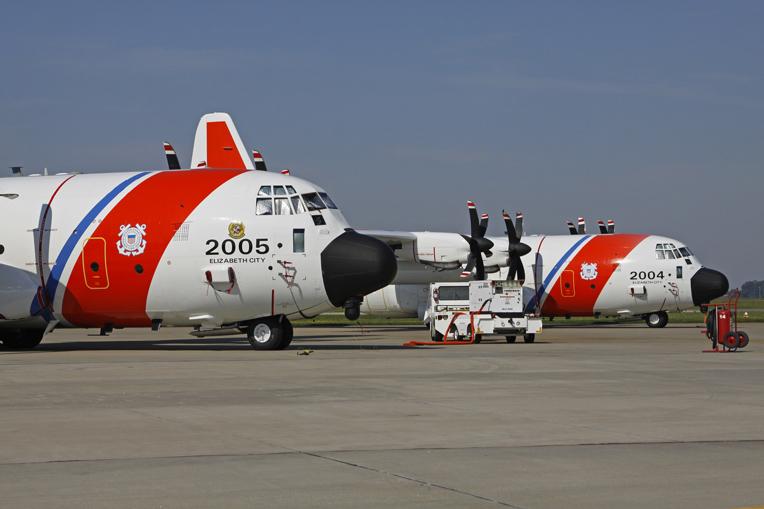 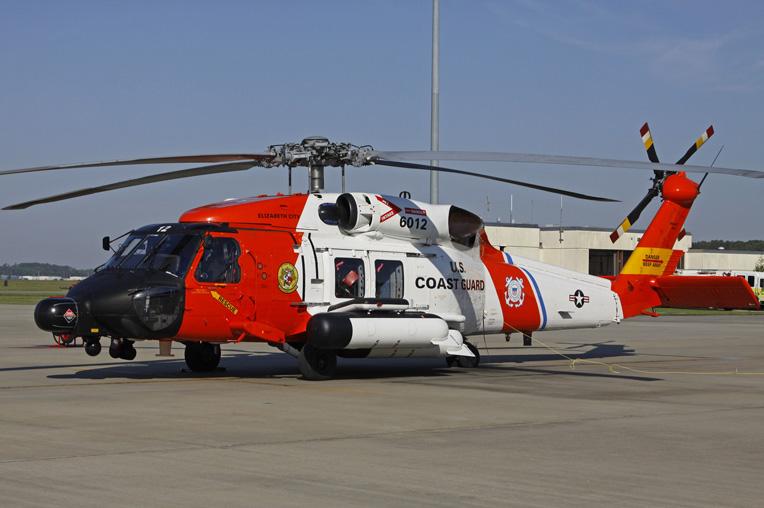 This the first stage that an aircraft undergoes at the ALC 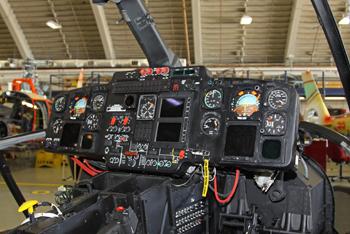 The Aviation Logisitics Center (ALC) is also located at Elizabeth City. Its motto is 'We Keep 'Em Flying', and that's exactly what they do. In 1939, the original property at Elizabeth City, NC was purchased by the Federal Government and subsequently became the Coast Guard central base on the east coast. The Coast Guard grew substantially during WWII and the concept of a centralised service facility became more practical. A group of officers and enlisted men devoted nine months to establish the Aircraft Repair and Supply Centre (AR&SC) and it was commissioned as a headquarters unit on 3rd January 1947.

All of this equipment provides today's Coast Guard with an efficient state of the art aviation asset. The crew consists of two pilots, a flight engineer, navigator, radio operator and a dropmaster. For the last 20 years CGAS Elizabeth City's HC-130s have provided the main air support for the International Ice Patrol. Formed in 1913 after the sinking of the ship RMS Titanic to monitor icebergs and covering an area of some square 30,000 miles, these HC-130 patrols last between 5-7 hours and monitor iceberg activity around the Grand Banks off the coast of Newfoundland.

On 30th October 2008, the Vice Commandant of the Coast Guard introduced the transformation of the former Aircraft Repair and Supply Center as The Aviation Logistics Center. That event marked the formal recognition of the implementation of the Coast Guard's first Mission Support Center and celebrated the attainment of a major milestone in the Commandant's Logistics Transformation initiative. The ALC is responsible for major overhauls and servicing of most Coast Guard aviation assets, and as such sees a variety of aircraft move their way through the facility. Alongside the ALC at Elizabeth City is DRS Technologies, a private contractor where overhauls of the Coast Guard HC-130 Hercules fleet is undertaken.

At the time of our visit around a dozen MH-60 (some of which were US Navy and USAF aircraft) and a dozen MH-65s were in the ALC receiving overhauls. The Dassault HU-25 Guardian fleet is almost at the end of its lifespan and so no further overhauls will be completed on these particular airframes, whilst its replacement, the EADS HC-144 Ocean Sentry fleet is yet to require any maintenance at this level due to its relatively young life within the Coast Guard fleet.