The Irish Air Corps should have a personnel strength of 850, but is currently short by around100. It should also have 100 pilots, but is currently operating with just 70. It is also operating with less than half the number of technicians required, and It is estimated that by 2022, half of the pilots will have less than five years’ flying experience. With it taking up to four years to train a new pilot, senior commanders in the Air Corps are being forced to fly missions to plug the gaps. Personnel are leaving for more lucrative and less stressful jobs in the private sector. As an example, new Air Corps pilots currently earn around €35,000 a year, rising to between €50,000 and €70,000, but the Irish Coast Guard is offering an extra €50,000 a year, with better working conditions.

One of the smallest air forces in Europe, the Aer Chór na hÉireann (Irish Air Corps-IAC) conducts all of its operations from Casement Aerodrome near Baldonnel, on the outskirts of the capital Dublin. As well as the two Operational Wings at Baldonnel, the IAC also provides pilots and technical support for the small fleet of aircraft operated by the Garda Air Support Unit (GASU-Irish Police) at Baldonnel. The IAC is currently suffering due to budget restrictions and 'manning' issues, which are subsequently putting pressure on it maintaining its operational capabilities. Jetwash Aviation Photos takes a look at its present role during these hard times and what the future may hold for this small but effective force. 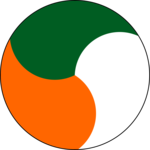 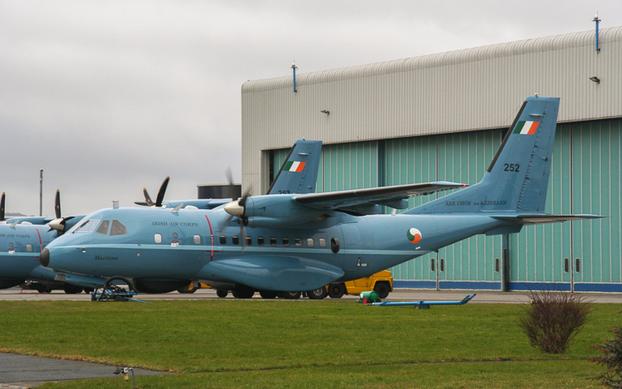 A Brief History of the IAC; The Air Service HQ was established at Baldonnel in June 1922 with14 pilots and 13 aircraft. The strength of personnel and aircraft grew slowly at first and by 1926 the 'Cadet Scheme' had been introduced to select future pilots, a process still in use today. The 1930s was a relatively quiet decade in which more modern training types were purchased, including the Gloster Gladiator.  As the decade closed, war clouds gathered over Europe, with the Air Corps having only seen a modest increase in its personnel numbers and equipment. The De Havilland Dragon was the first twin-engine type operated, whilst the Avro Anson was the first monoplane aircraft in service with a retractable undercarriage. 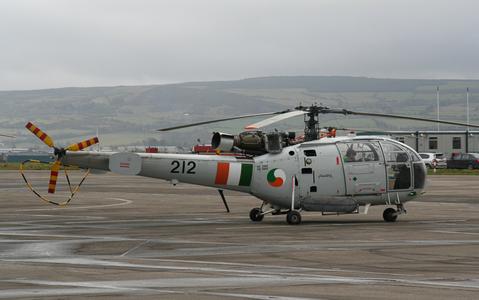 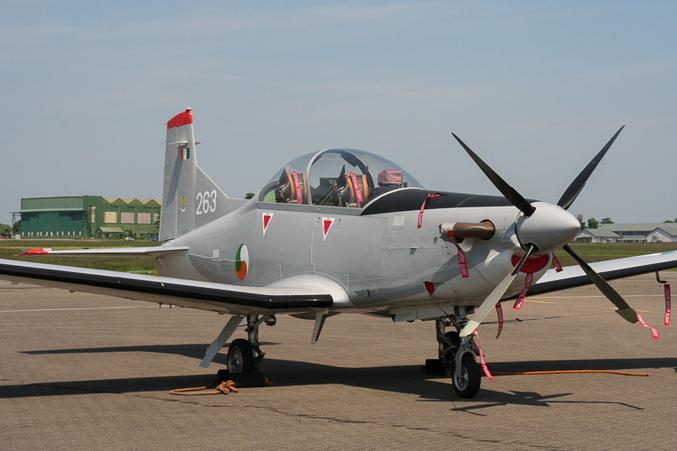 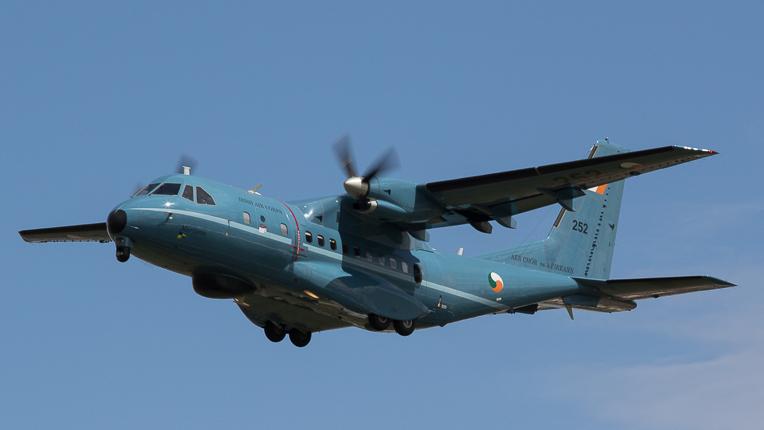 Cessna FR.172 #210 was the last of eight such aircraft delivered to the IAC

It is seen here at its home base of Casement-Baldonnel 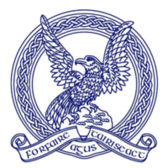 The troubles in neighbouring Northern Ireland saw the introduction of a small fleet of Reims-Cessna FR.172 aircraft in 1972 (image left), principally for patrolling, reconnaissance and escort missions. Initially based at Casement Aerodrome, they later moved to Gormanston Aerodrome in County Meath in 1974. Following the closing of Gormanston Aerodrome in 2002, the Cessna’s returned to Casement Aerodrome. Five of the Cessna's remain in service to this day with 104 (Army Co-operation) Squadron/1 Operations Wing. Entering the European Economic Community in 1973 led to the Ministerial Air Transport Service being formed, using a single Hawker siddley HS125 executive jet. The HS125 was replaced in the 1990s by a Gulfstream 4 and supplemented by a single Learjet 45XR in 2004.

'Eyes over the Sea'

The two Casa CN 235-100 Maritime Patrol Aircraft entered service in December 1994 and operate seven days a week, usually in the off shore maritime patrol arena. Working in close conjunction with the Naval Service, the two aircraft provide an aerial platform for patrolling the Irish Economic Zone, an area of approximately 132,000 square miles or 16% of the total EU sea fisheries. This in itself represents an area almost five times the land area of Ireland and encompasses perhaps one of the most productive fisheries in the world. The two CASAs have an endurance of approximately 9.5 hours. In 2007-08 they were upgraded by EADS/Airbus Military with 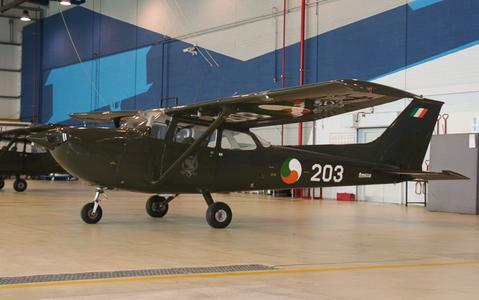 In the late 1940s the Hawker Hurricanes that had entered service earlier in the decade were replaced by the Supermarine Spitfire. The 1950s saw the introduction of the DHC.1 Chipmunk and the Percival trainers, while four D.H Doves replaced the elderly Ansons. Expansion of the ground facilities progressed so that by 1956, concrete runways and taxiways had been installed in time for the jet age, when three D.H Vampire jet trainers arrived, eventually being replaced by the Fouga Magister in 1975. The harsh winter of 1962/3 was the catalyst that lead to the acquisition of the first helicopters. Initially intended for search and rescue (SAR) purposes, eight French-built Alouette 3s (image above) were operated until 21st September 2007, when they were retired after an impressive period in service of 44 years. The Alouette 3s were later used for other roles, including troop transport, reconnaissance and air ambulance duties. 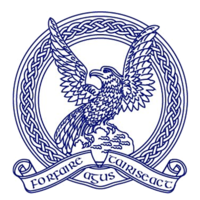 The 21st century brought closure to the Air Corps’ involvement in search and rescue duties as this role was exclusively devolved to the Irish Coastguard. All other taskings for the helicopter wing remains as before and following retirement of the Alouette and Gazelle helicopters, the rotary-winged fleet now comprises six AgustaWestland AW139s and a pair of Eurocopter EC135s. The new helicopter fleet is fully night capable and each helicopter carries a modern Medical Evacuation (MEDEVAC) suite to ensure the rapid evacuation of injured personnel to hospital.

Members of the Representative Association of Commissioned Officers (RACO), which represents 1,100 officers across the Irish Defence Forces, have highlighted serious problems in the Air Corps. At the recent RACO conference, its General Secretary, Lt Col. Earnan Naughton, called for the reintroduction of an incentive payment to retain pilots, which was introduced in 2006, but dropped four years later. He stated that while the scheme was running “the turnover of pilots reduced to normal trends, with a predictable and manageable balance to recruitment and retention”. He said the withdrawal of the scheme, along with pay cuts, “had resulted in a continued exodus of experienced pilots, leaving key operational gaps”. 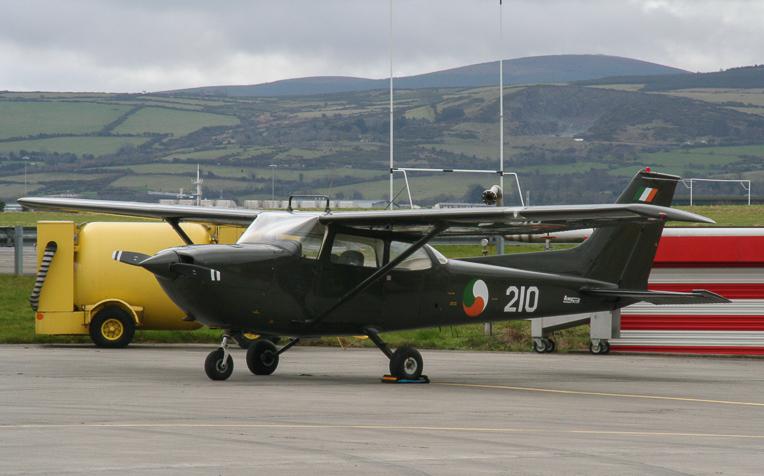 The Air Corps currently operates five Cessna FR172H aircraft with 104 (Army Co-operation) squadron. The aircraft first entered service in 1972 and operate seven days a week carrying out a wide variety of roles for the Air Corps, conducting aerial surveillance; escort monitoring of cash, prisoner and explosives; inshore fisheries patrol and target towing;  Additionally, a vital secure communications link is provided to ground units which may not otherwise be achievable during operations in remote and mountainous areas. Its excellent slow flight characteristics, high wing for ground surveillance, coupled with endurance in excess of four hours makes these aircraft an ideal platform for such operations. 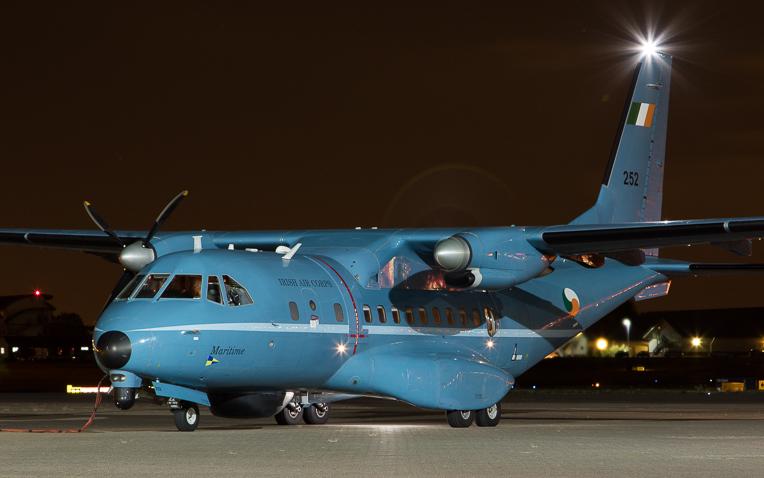