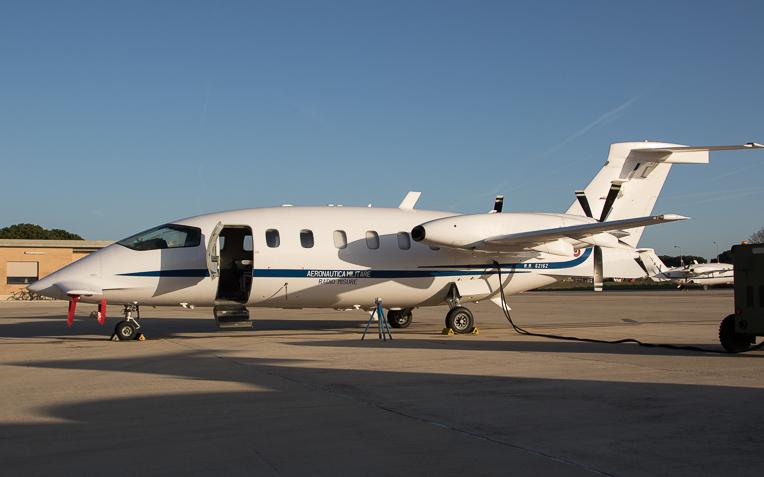 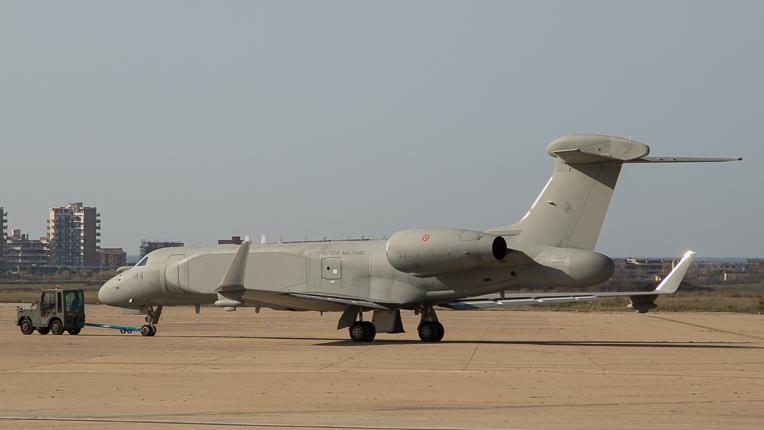 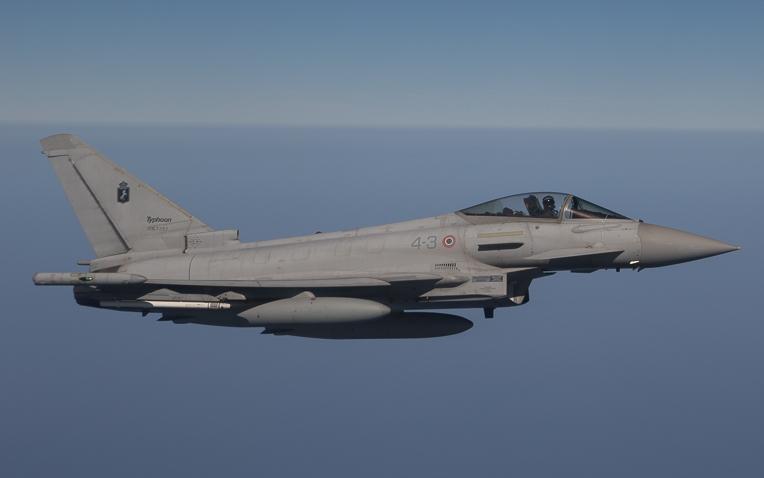 The 767s were purchased by the AMI to replace the elderly and somewhat obsolete Boeing 707s that the Gruppo had flown since 1992; and little time was wasted in getting the aircraft operational, with their involvement in 'Operation Unified Protector' over Libya as early as June 2011, just one month after their official acceptance into the fleet on 17th May.

From time to time, the P.180RMs will also be utilised by the Italian Navy to check landing equipment on board their two aircraft carriers, the ITS Garibaldi and the ITS Cavour. The single P.180 still in service with the squadron is used for light transport duties and maintaining pilot currency. At one time, 71° Gruppo operated 14 P.180 Avanti aircraft, but the majority are now in service with the CAE Multi-Crew unit at Pratica di Mare, which trains aircrew and mission crew for all multi-crew aircraft within the AMI.

The hose and boom operations, together with the refuelling process, are controlled from two rearward facing consoles mounted aft of the flight deck. The operators can observe, control and monitor approaching receiver aircraft, and complete the refuelling from the consoles. 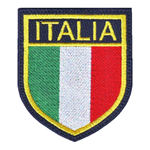 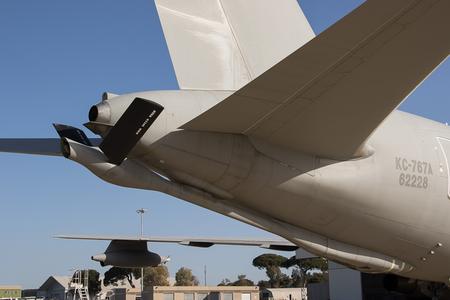 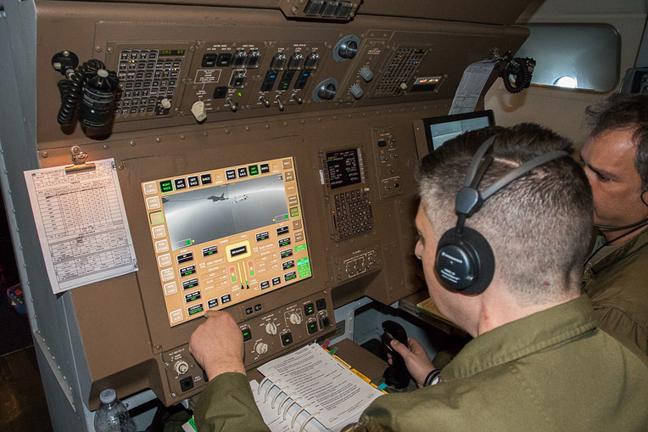 In September 2015, the Italian Air Force became the first allied nation to be certified to refuel a United States owned fighter aircraft, after undergoing extensive testing with the USAF at Edwards Air Force Base, California. During the certification process, an AMI Boeing KC-767, in conjunction with a USAF Lockheed-Martin F-35A Lightning II, completed a number of air-to-air refuelling sorties. With the final certification flight on 6th August 2015, the KC-767A completed a total of 25 boom 'contacts' with the F-35A and successfully off-loaded 16,000 pounds of fuel. The programme was key to the future of the AMI, as Italy is one of the partner nations on the Lightning II programme and so the Italian's needed to certify the KC-767 for F-35 operations. (Photo USAF) 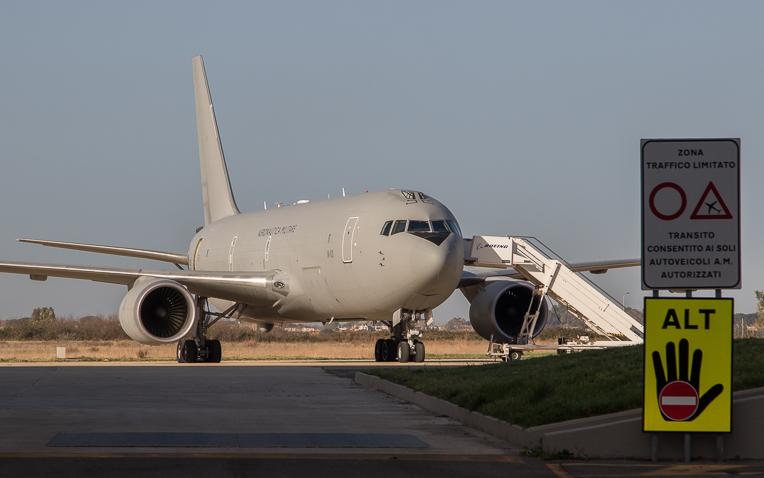 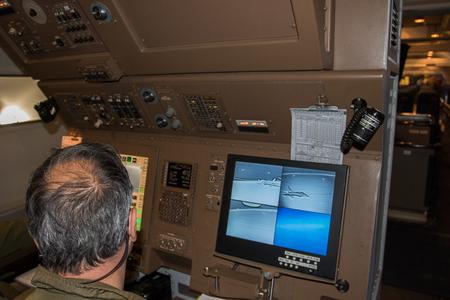 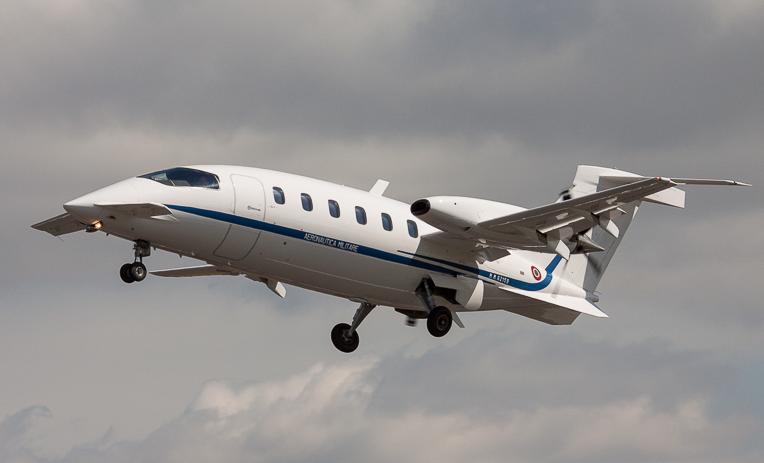 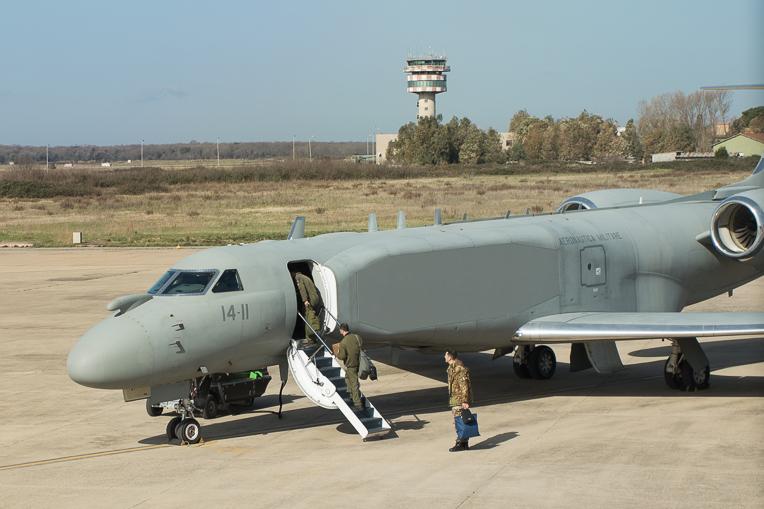 There are six Air-to-Air Refuelling Areas (AARA) located around the Italian mainland that are used on a regular basis by the AMI.  On 27th February we had the honour to fly a refuelling mission with the crew of 'Alpha 600', departing Pratica di Mare at 10.37 local time on board #MM62228/14-03. Our five hour mission saw us depart to the south-west of Rome, to an Air-to-Air Refuelling Area known as LID84C, located approximately midway between Pratica and the island of Sicily. Here we refuelled Eurofighter Typhoons from 37° Stormo, based at Trapani, and 36° Stormo Typhoons based at Gioia del Colle. Operating at a steady 18,000 feet throughout the mission, we later moved position to 'Romeo 21A' (R21A), another AARA  located off the north-east coast of Italy, close to the city of Rimini. Our 'traffic' here consisted of 4° Stormo Typhoons based at Grosseto and Panavia Tornados from 6° Stormo at Ghedi. We had initially planned to also complete a 'buddy-buddy' refuelling with another KC-767, demonstrating the aircraft's ability to extend its already impressive range and capabilities, however this was cancelled due to other operational commitments.

The core of the G550-CAEW is an Elta Systems S-band Active Electronically Scanned Array (AESA), four-dimensional radar; which provides 360° detection, identification and tracking of airborne and surface targets. An electronic support measures (ESM) system is fully integrated, to measure emitters at a wide range of frequencies. The aircraft is also fitted with a 360° self-protection system that includes active and passive sensors, as well as a missile countermeasures system. The NATO-compatible communications system that has been jointly developed by Elta and Leonardo, with Elta also providing ground support, including a ground station for satellite communication; a mission support system; and an operator training system.

The RASP (Recognized Air Surface Picture) obtained from the aircraft's systems is validated by the six mission operators and disseminated to the control centres on the ground via its datalink system. The mission system has the ability to conduct Maritime Patrol and Battlefield Management missions, thanks to compatibility with the ROVER (Remote Operational Video Enhanced Receiver) systems available to ground troops and maritime vessels. The aircraft can also provide video transmissions via its datalink. The Communications, Airborne Early Warning and Battlefield Management provided by CAEW aircraft is also an indispensable tool for ensuring an appropriate extension of the surveillance capabilities of Italian homeland defence & security.

71° Gruppo currently operates a fleet of five, twin-engine Piaggio P.180 Avanti aircraft. Four are the P.180RM (Radio Misure) version and one is a standard P.180AM. The four P.180RM aircraft were converted specifically for the flight inspection and calibration role, with #MM62160 being the first aircraft converted in September 2011 (#MM62162, MM62163 and MM62164 being the others). Equipment that 71° Gruppo periodically checks at Italian air bases in are; Radar, VOR (VHF Omni-directional Radio Range), TACAN (Tactical Air Navigation), ILS (Instrument Landing System) and DME (Distance Measuring Equipment). Although there are four P.180RMs in service, the unit only has two mission consoles for the aircraft.

The newest addition to 14° Stormo, is the Grumman Gulfstream G550-CAEW (Conformal Airborne Early Warning), a multi-sensor aircraft that provides aerial surveillance, and command & control communications in support of ground forces. Instrumental in providing air supremacy for troops on the ground, the aircraft is based on the commercial Gulfstream G550. Modified by Elta Systems in Israel, who installed the mission systems, the aircraft has the latest generation Honeywell-Primus Epic Avionics suite, which when integrated with the Elta EL / W-2085 AEW system, allows the flight crew a high situational awareness in real-time, with a 360° picture of the battlefield. Information obtained by the sensors on the aircraft are analysed and fused automatically, allowing a rapid and accurate capture and identification of objectives, target acquisition and target information. The first of two aircraft ordered, was delivered to the AMI on 19th December 2016, after completion of the work by Elta. 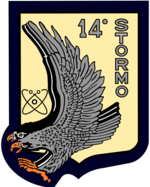 A P.180 Avanti seen on approach to Grosseto Air Base 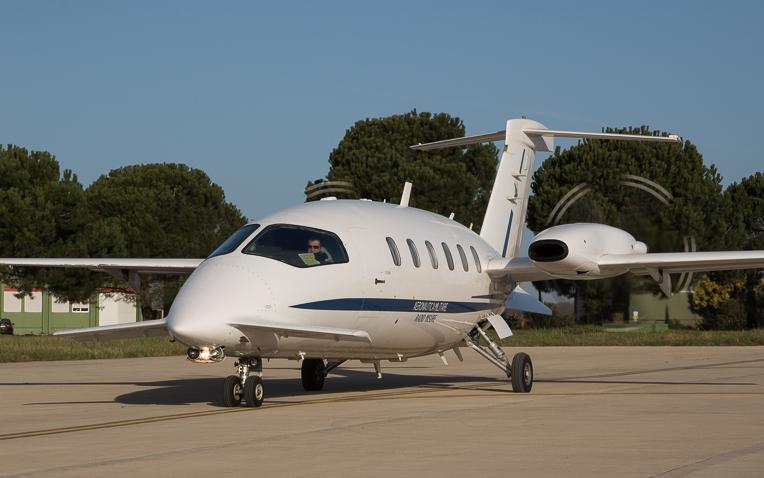 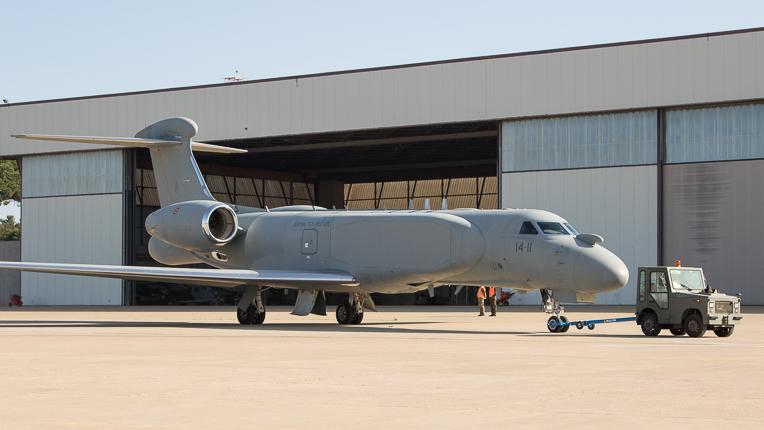 Aircrew board the first G550-CAEW delivered to the AMI at Pratica di Mare, for a mission on 27th February 2017

Our last 'trade' of the day were four Panavia Tornados from Ghedi, which we refuelled in area R21A 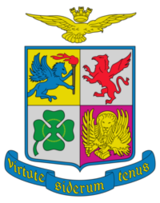 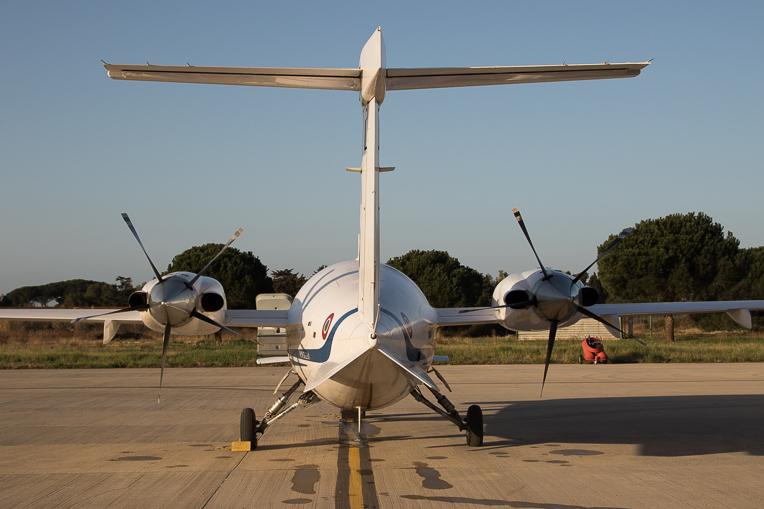 Grosseto based #MM7287 of 4° Stormo Caccia, formates alongside the tanker whilst his wingman takes on fuel

Prior to a morning mission, the four-man crew of this Piaggio P.180RM pose for the camera with the unit's commander

8° Gruppo Volo 'Cavalieri' (Knights) is the subordinate unit that provides the aerial refuelling, and also an additional transportation capability to the AMI, utilising its fleet of four Boeing KC-767A aircraft. The first of the Boeing KC-767s, which are based on the civilian Boeing 767-200ER (Extended Range), was delivered on 29th December 2010, with the second aircraft being delivered on 10th March 2011. 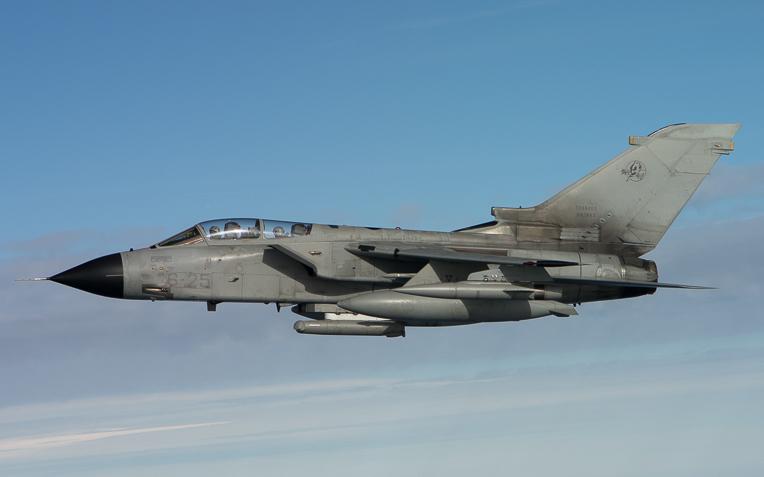 71° Gruppo shares its ramp at Pratica with a number of other P.180 units, one of which is the Centro Addestramento Equipaggi-Multi Crew. This unit trains personnel for all AMI multi-crewed aircraft such as the C-27, C-130 and 767

The images above show one of the wing-mounted refuelling pods (left); and the high-speed refuelling boom on the centreline (right) 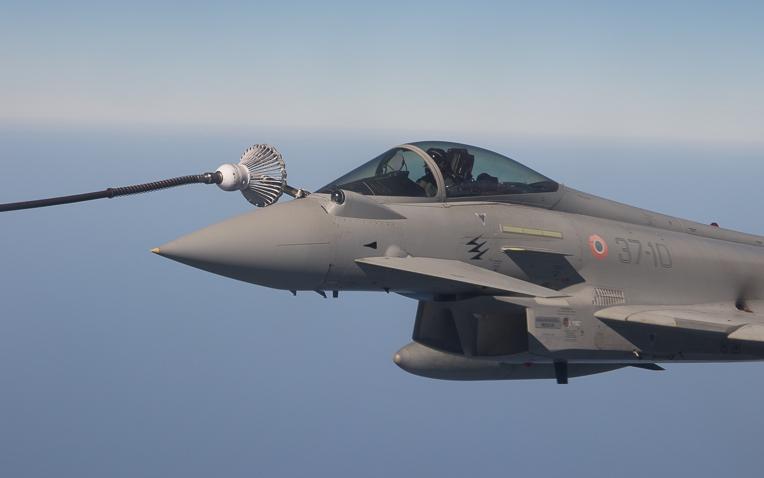 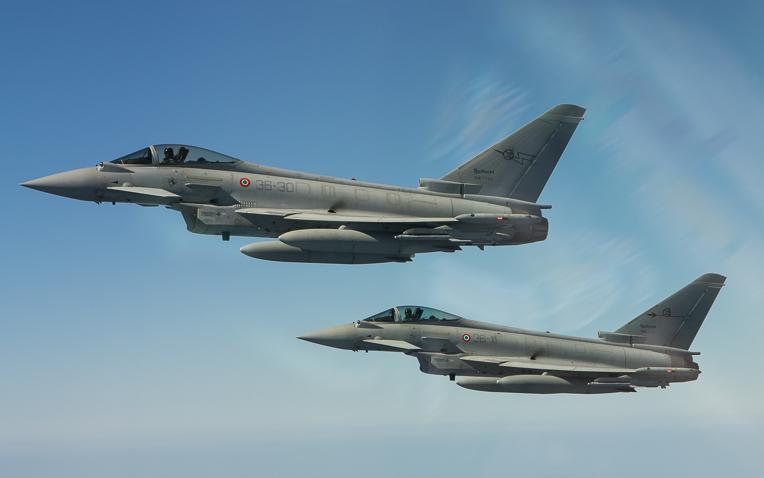 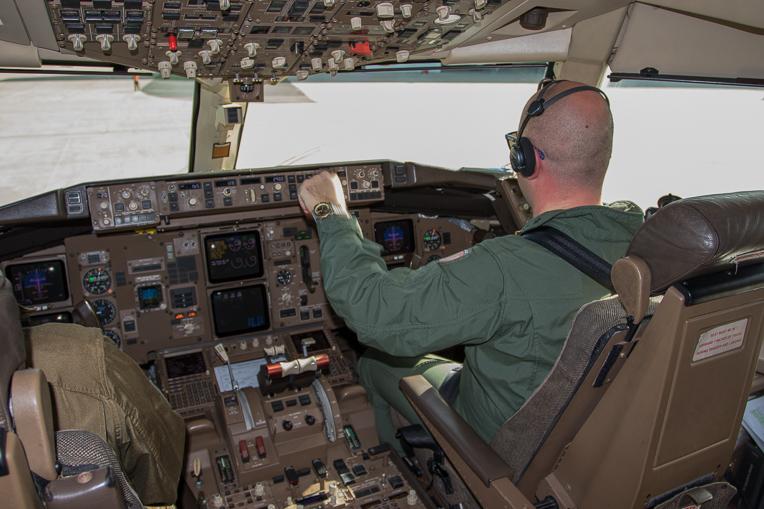 This 6° Stormo Tornado is an ECR variant, which until recently had been with 50° Stormo at Piacenza

With the closure of Piacenza, the ECRs moved to Ghedi to join 6° Stormo 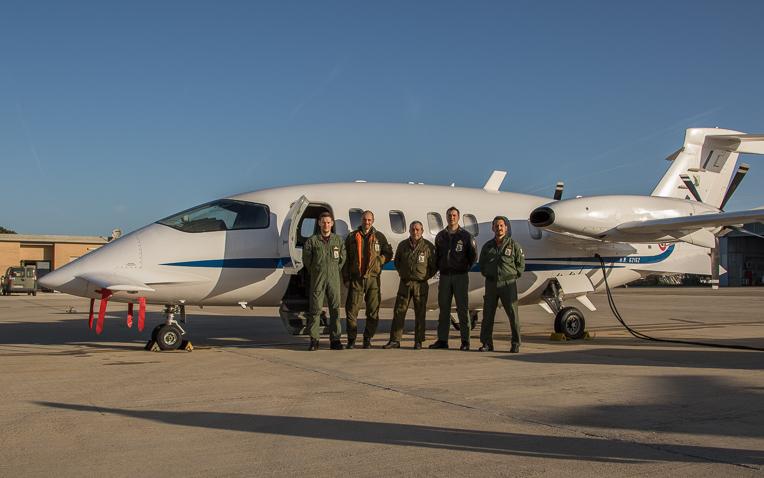 Aside the modern instrument panel, it is much larger, and with the bigger windows it provides a much more comfortable place to work

We would like to thank the following people for their assistance in putting this article together:-
LTC Felice Merlino (14º Stormo) 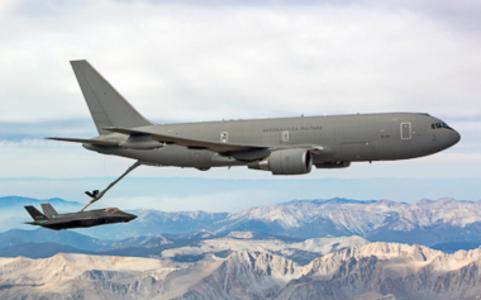 Since delivery to the AMI in late December 2016, the G550 has been conducting numerous test and evaluation flights from Pratica. We are not sure when Full Operational Capability (FOC) will be achieved, but rest assured the aircraft, along with a second that is on order and due for delivery later this year, will vastly improve the Italian Air Force's capability to support ground troops of the Italian Army and its NATO allies once it becomes fully integrated into the service.

Having completed its refuelling, this Typhoon is seen formating on the KC-767's wingtip

The refuelling pod and hoseline visible in the foreground 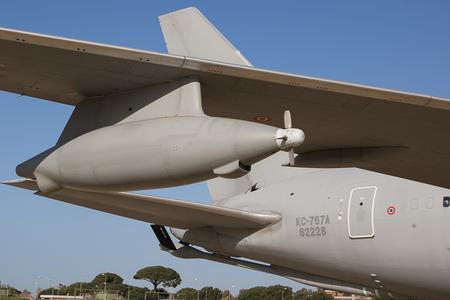 With the arrival of the Boeing 707s, the Wing began to participate in major international operations such those as in Bosnia, Albania, Zaire, Somalia, East Timor, Kosovo, Libya, Afghanistan and Iraq; and one of the Boeing 767 aircraft is currently operating as Task Group 'Breus' at Abdullah Al Mubarak airport in Kuwait, carrying out refuelling operations in support of the MESF Coalition (Middle-East Stabilization Force) mission in the fight against Islamic State (IS) forces. 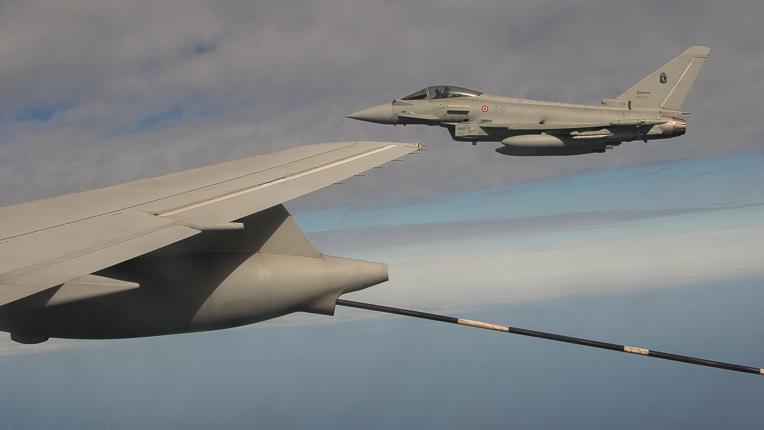 Seen being towed to the ramp for a morning mission, #MM62293 is the first of two such aircraft to be delivered to the AMI

The aircraft will be operated by 71° Gruppo 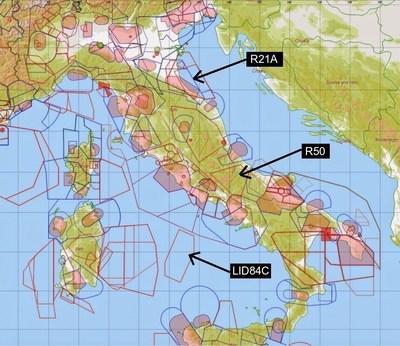 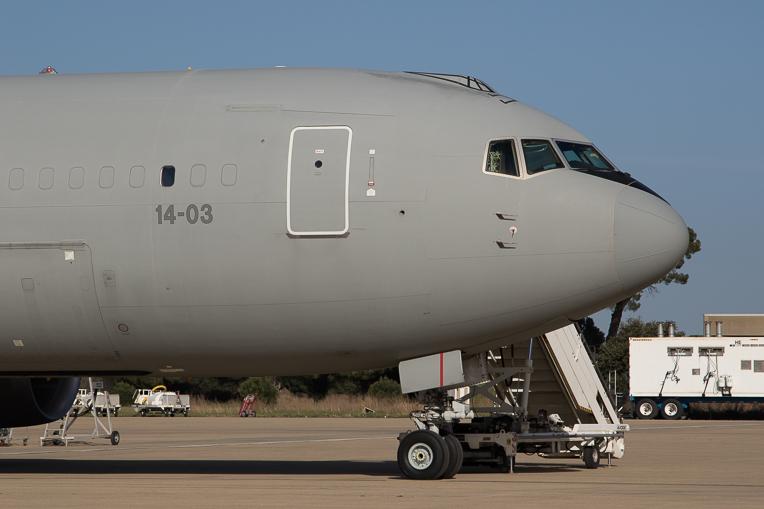 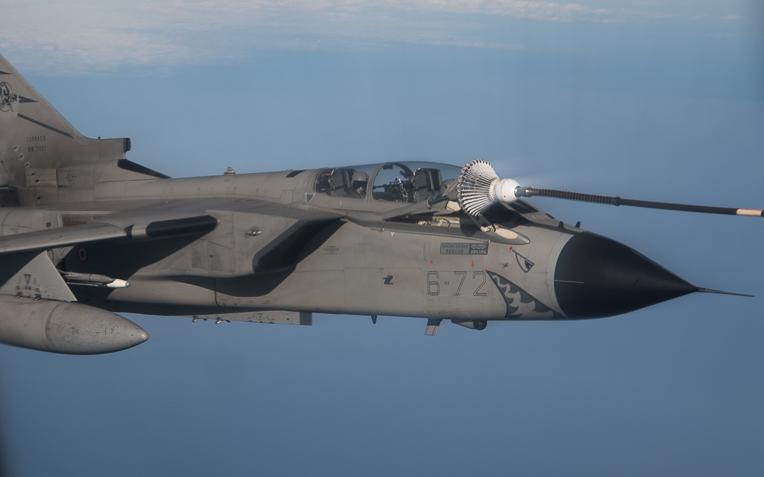 The push-prop arrangement of the P.180 Avanti can be seen clearly in the image above

Pratica di Mare Air Base is located in the Italian region of Pomezia, some 25km (15 miles) south of Roma. As the largest air base in the Aeronautica Militare Italiana (AMI-Italian Air Force), Pratica house's a number of different air force units, together with those from the Guardia di Finanza, Carabinieri and Polizia di Stato. The unit of our focus for this report is 14º Stormo, which operates five Piaggio P.180s; four Boeing KC-767A aerial refuelling aircraft; and a single Grumman G550-CAEW. More commonly known in the aviation world as 'tankers', Jetwash Aviation Photos was invited by the AMI to work with the unit to photograph and report on the KC-767 operations and the vital role they play. During our time with 8° Gruppo, who operate the 767s, we had the opportunity to participate in an air-to-air refuelling mission on board one of the aircraft, witnessing first-hand the air-to-air refuelling procedure when supplying much needed 'gas' to Italian fighter aircraft. 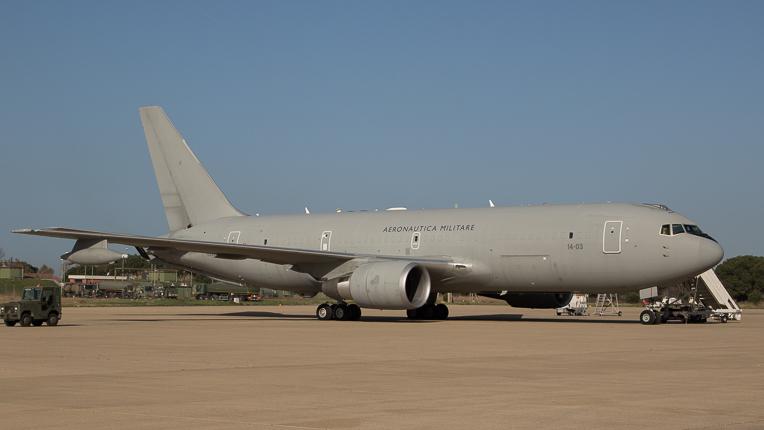 The Boeing KC-767A operated by the AMI allows for combined refuelling and passenger/cargo operations, enabling a unique and exceptional air projection capability, not only for the AMI, but also for its NATO partners. Since their introduction into service, the KC-767s have engaged in aerial refuelling missions with various Italian Air Force Wings and aircraft types, such as the AMX, Tornado and Eurofighter. The AMI's Boeing KC-767As are known as 'convertible-combis', meaning they can carry either a full passenger load, convert to a full cargo configuration, or carry a combination of passengers and cargo. In any configuration, the KC-767 retains its aerial refuelling capability using either the high-speed boom, which has a remote aerial refuelling operator station; or using the two wing-mounted refuelling pods; or the single centreline hose and drogue system. This mixed configuration allows for the refuelling of all types of aircraft, both fighters and transports. The Italian Air Force KC-767A can also be refuelled by another tanker thanks to its refuelling receptacle located on top of the aircraft near the cockpit, a feature that increases the tankers already impressive operating capacity and range.