RAF Lossiemouth is one of two fast-jet stations in the Royal Air Force and known for its close proximity to flight training areas in Scotland and its favourable local flying conditions. Since the closure of RAF Leuchars in 2015, Lossiemouth remains the only operational RAF station in Scotland. It is home to four front-line fast jet units which operate the British Aerospace Typhoon FGR4; 1 Squadron, 2 Squadron, 6 Squadron and 9 Squadron, with all four Squadrons also contributing to the QRA Interceptor North capability, which provides continuous protection of UK airspace. Lossiemouth is also home to 120 Squadron, the first of two units flying the newly acquired Boeing P-8A Poseidon MRA1 in the maritime patrol role; with a second Poseidon unit, 201 Squadron formally standing up in September 2021.

All content on this website is subject to worldwide copyright and may not be used, copied or downloaded without the express written consent of the owner. Please contact Mike Green either by email or in writing via the 'Contact Us' page if you wish to use any of the content of this website.

Over the years, Jetwash Aviation Photos has flown and continues to fly numerous air-to-air sorties with various air arms around the world. We'd like to share some of those images with you on the site. Helicopters, fighter jets, bombers and much more can be seen where they belong and where they look 'right' - in the air!

In 2021 Jetwash Aviation Photos reached a milestone of providing great images and extensive photo reports for over 15 years. We average between 10-15K hits each month and have almost 9000 followers on Facebook, with individual posts regularly reaching in excess of 30000 people. We publish lots of images on Facebook that never appear on the main website, so be sure to take a look. 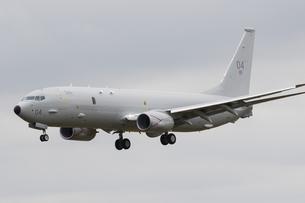 Photographic reports on the world of military aviation

Including base visits, exercises and airshows from around the world